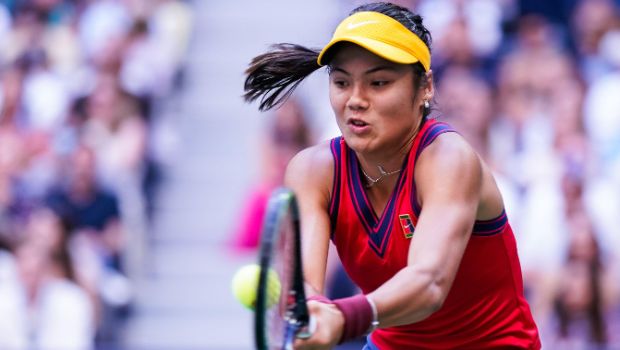 Aliaksandra Sasnovich delivered a repeat of her upset win at the Indian Wells Open last year by beating Emma Raducanu in the second round of the 2022 French Open. World no.47 Sasnovich surprised the British no.1 player with her attacking power and secured a convincing win. Sasnovich, who was down a set, raised her levels up to make an excellent came back to take out the 12th seed 3-6, 6-1, 6-1. The Belarusian player outclassed Raducanu after battling it for two hours. Sasnovich will now face a stern test against Angelique Kerber in the third round at Roland Garros.

The French Open was the last of the Grand Slams that Raducanu made her debut. It looked as if she was in full control of the contest in the opening set. But the teenager failed to find the answers to the momentum Sasnovich generated over the course of the second set. Raducanu managed to finish the match with 17 winners while Sasnovich had 45.

Raducanu found herself strong and swung freely through the ball. She got the rhythm and moved well on the surface which made her believe that she could surpass the Belarusian with ease. But in the second and third sets, Sasnovich increased her own level significantly, while errors became part of Raducanu’s work.

Raducanu started the second set with a pair of double faults, her first of the match. Sasnovich then seized a double break to take a 4-0 lead. She won 89 percent of points on her first serve and produced 19 winners to just four from Raducanu. She also kept her own unforced error rate low to seal the second set.

In the decider set, Raducanu put a backhand into the net, which prompted her to cover her face with the racket in frustration. Moments later, the 19-year-old mistimed a forehand and found herself a breakdown. Sasnovich took complete control of the match while Raducanu was unable to stem the flow of winners against her.

In another encounter, teenage sensation Leylah Fernandez knocked out Katerina Siniakova, the No.1-ranked doubles player, 6-3, 6-2 in one hour and 11 minutes. Olympic gold medalist Belinda Bencic will be Fernandez’s third-round opponent.