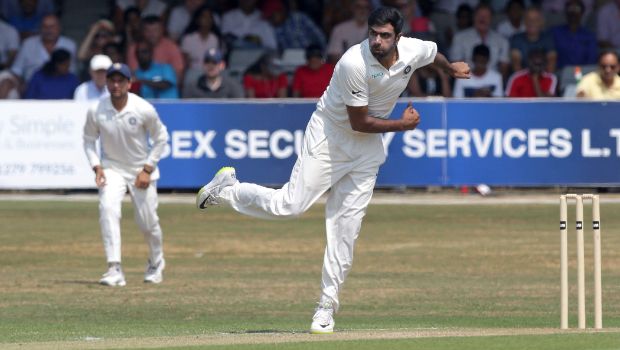 Indian veteran spinner Ravichandran Ashwin missed the flight to the United Kingdom last week after testing positive for the COVID-19. Ashwin is now likely to join team India ahead of their warm-up game, which will be played on June 24. Team India is scheduled to play a Test in Edgbaston, which will decide the outcome of the five-match series. Earlier, the final test of the series got suspended midway after a Covid-19 outburst in the Indian camp. India has a 2-1 lead in the series.

The right-arm spinner is currently undergoing quarantine and will only join the squad after meeting all the protocol requirements. The BCCI confirmed that off-spinner Jayant Yadav is considered a possible replacement in case Ashwin does not make a timely recovery.

Ashwin was a member of the Indian team that toured England for the first four Tests last year but failed to make it to the Playing XI in any of the contests. However, his brilliant performance against Sri Lanka in March may earn him a place in the playing squad. The right-arm spinner scalped six wickets against the Lankans.

The carrom-ball specialist has had massive success in the longest format of the game. The 35-year-old spinner is the second-highest wicket-taker with 442 scalps from 86 Tests. India Head coach Rahul Dravid and batters Shreyas Iyer and Rishabh Pant have joined the squad in Leicester. The BCCI is yet to announce a replacement for opener KL Rahul, who will be traveling to Germany to treat his groin injury.