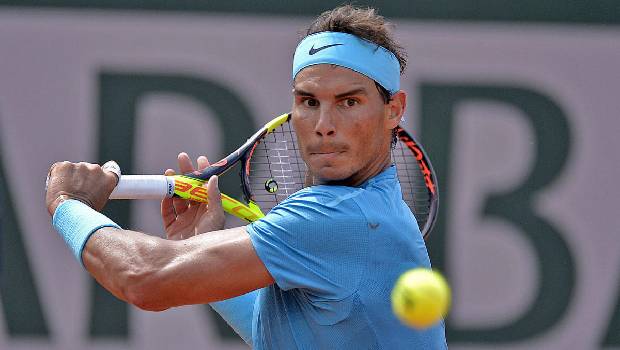 World number two Rafael Nadal on Monday defeated Fabio Fognini in the round of 16 at the Australian Open to reach his 43rd career Grand Slam quarter-final. The Spaniard on the hunt for a Grand Slam title in Australia since 2009 has not yet dropped a single set and kept the record alive against the fiery Italian. The final score of the match was 6-3, 6-4, 6-2 on Rod Laver Arena. This Nadal’s 13th time making it into the last eight in Australia. He is now placed at the third position on the all-time list only behind Roger Federer (15) and John Newcombe (14).

With such stellar form leaves Nadal on track to face world number one Novak Djokovic in the final. It is to be noted that the Serb is suffering an abdominal injury. Djokovic entered his 12th quarter-final after defeating Milos Raonic on Sunday evening.

Nadal after the match said he is happy to enter the quarter-final and it to be a positive start for the year. The Spaniard is currently chasing his 21st major title which would be a historic record in men’s tennis. He further added that when playing the round of 16 against a stellar player like Fabio it always ought to be tough. He said a player cannot expect to enter the court and thinks to not have problems when facing players of this caliber.

Nadal would be next facing fifth seed Stefanos Tsitsipas in the quarter finals on Wednesday. Stefanos progressed to the knockout stages after his opponent Matteo Berrettini gave a walkover. It is to be noted that the Spaniard enjoys a stellar record against Stefanos making him the favourite. Despite ailing to lower back tightness Nadal looked sharp but not his usual version.

The Spaniard created 19 break points chances but was only able to put away six of them, with just 24 winners to the Fognini ‘s 32. Nadal in the first set made quick progression by taking a 3-0 lead courtesy to some of his splendid shots. But the Italian came back stronger in the set that eventually saw Nadal win. The Italian showed immense determination and fighting spirit but was not able to match Nadal’s prowess. Both players struggled on serves with Nadal earning five break points in the next game and then saving three later.