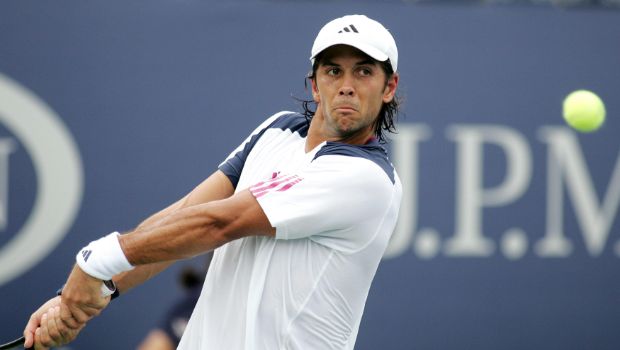 Adrian Mannarino produced a big upset as he stunned the top seed Andrey Rublev. Mannarino recovered from a set down and saved one match point to beat the defending champion Rublev 5-7, 7-6 (4), 6-4. Adrian Mannarino got his revenge over the Russian. Two years before, former world No. 22 Mannarino battled Rublev in the 2019 Moscow final. Andrey Rublev defeated Mannarino in straight sets and won the title in front of his home crowd.

The 33-year-old Mannarino wrapped righty Rublev’s bone-jarring power shots with soft touches and clever angles. He reached his third ATP 250 quarterfinals of the season after delivering a brilliant performance on the court. The Frenchman imposed his lefty forehand crosscourt shots at right times to put pressure on Rublev.

Rublev converted his third break point to take a 4-2 lead in the sixth game of the first set. Mannarino played well to break back on his fifth chance in the ninth game for 4-5, as Rublev was serving for the set. Rublev saved the break-point in the 11th game and broke the serve to seal the opening set 7-5.

Mannarino broke a serve in the third game and took a 2-1 lead in the second set. Rublev, who never allowed Mannarino to dominate broke back at love in the sixth game and made it 3-3. Mannarino fought back and broke again in the seventh game to take a 4-3 lead. Mannarino, who led 5-3, had a good chance to win the set but he missed out on a set point.

However, the Frenchman focused to gain the momentum and saved a match point in the 12th game to force a tie-break. Finally, he won the second set and forced a decider. Mannarino broke Rublev in the decider set and held on to his serve. Mannarino converted his only break point in the fourth game to secure a comeback win.

After sealing a comprehensive win, Mannarino said that he enjoyed playing Rublev, though the crowd was against him. Mannarino added that Rublev has improved a lot and anything can happen in a game. The French star expressed that he was happy with his performance.

India beats Wales 4-2, to play New Zealand in crossover for a place in last-eight
No handshakes, only Namaste at All England: PV Sindhu
New Youth national records