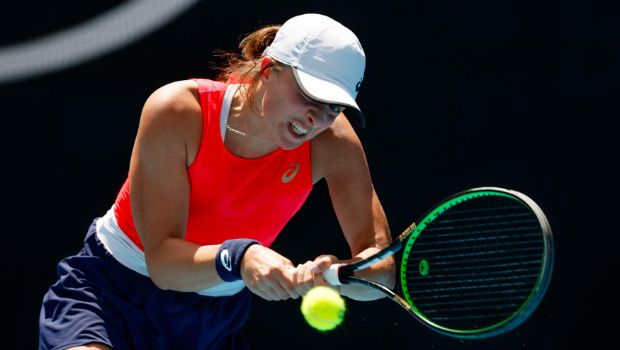 Iga Swiatek went on to register a dominant victory over Victoria Azarenka after overcoming a slow start. It was an exciting battle between the current and former World No. 1. World no.1 Iga Swiatek extended her winning run to 25 matches after beating the Belarusian in straight sets 6-4, 6-1 in the third round of the Italian Open. With this victory, the defending champion is now on an eight-match winning streak in the Italian capital.

Swiatek became only the ninth player since 2000 to win 25 matches in a row, joining Venus Williams, Serena Williams, Justine Henin, Azarenka, Roger Federer, Rafael Nadal, Novak Djokovic, and Andy Murray. The 20-year-old Poland player is on the longest WTA winning streak since Serena Williams won 27 matches in a row in 2015. Since her second-round exit from the Dubai Open in February, Swiatek has remained unbeaten. Earlier, the Poland ace won titles at Doha, Indian Wells, Miami, and Stuttgart.

Swiatek pulled out of last week’s Madrid Open to rest and recover. Returning to action in Rome, she showed hardly any rust in her second-round match against Elena-Gabriela Ruse, which she won 6-3, 6-0.

Both players battled a brutal first set that lasted 79-minute and saw seven breaks of serve. The Pole dropped her serve a couple of times in the first set to trail 3-0. But eventually raised her levels and started to find her momentum to turn the deficit into a 5-3 lead.

Azarenka hit a double fault to hand over the eighth game. Another lengthy game saw the Belarusian save four set points before breaking back to extend the opener. However, Swiatek broke Azarenka’s serve again to seal the first set and raced through the second.

Swiatek lost her serve again in the opening game of the second set but fought back well to take control and secure the set. Swiatek won six games in a row to reach her fifth successive quarter-final. Swiatek was made to work hard for victory.

Swiatek will be up against former US Open champion Bianca Andreescu in the quarter-final. Andreescu defeated Petra Martic 6-4, 6-4 to advance to the quarters. The Canadian will be playing her first quarter-final since coming back to the tour after taking a six-month break to protect her mental health.

Later this month, the 2020 French Open champion will begin her bid to win second Grand Slam title of her career when Roland Garros starts on 22 May.