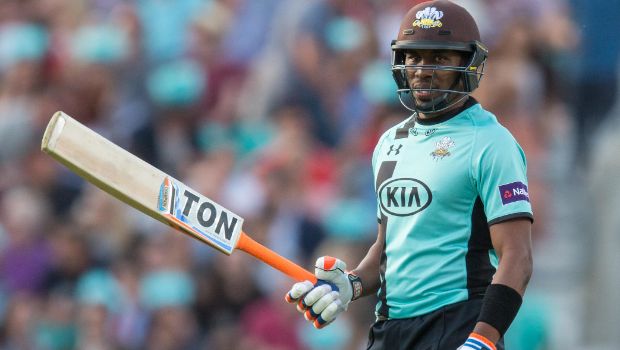 Mumbai Indians sailed to a five-wicket win over Chennai Super Kings at the Wankhede Stadium. Chasing a below-par target of 98, Tilak Varma and Hrithik Shokeen paved the way for MI’s victory with a 48-run stand. Earlier, MI pacer Daniel Sams’ three-wicket haul restricted CSK to its second-lowest total in the IPL history.

After deciding to bowl first, MI had an excellent as Sams scythed through CSK’s top-order with three wickets in the power-play. However, Devon Conway was denied DRS due to a power cut in the Stadium, and the same went so viral on social media. MI seamers Jasprit Bumrah and Riley Meredith bowled brilliantly to pluck one wicket each to leave the opposition reeling at 29/5.

MS Dhoni and Dwayne Bravo (12) gave some hope by adding 39-runs for the seventh wicket. But CSK kept losing regular wickets to eventually fold for just 97. For CSK, Skipper MS Dhoni was the top scorer with an unbeaten 36. Meredith and Kumar Kartikeya ended up with two wickets each.

In response, MI stuttered at the start to lose both Ishan Kishan (6) and Rohit Sharma (18). A few moments later, Mukesh Choudhary briefly raised hopes by taking two wickets in the same over. However, the young pair of Varma and Shokeen combined to keep the scoreboard ticking, before Tim David finished the proceedings by scoring 16-runs off 7-balls.

A comprehensive defeat has knocked CSK out of the IPL playoff race. MS Dhoni hailed his young seamers for showing a lot of character. They bowled with confidence to give a tough fight.

Virat Kohli Among Six Indian Players Named In Asia XI For T20I Series vs World XI: Report
Kohli on the verge of creating a world record
Teams that can pick Kedar Jadav in IPL auction 2021