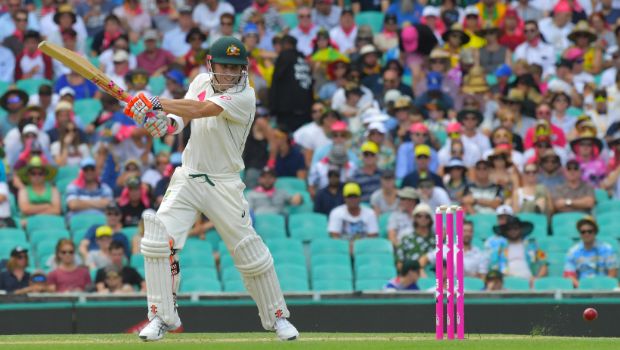 Delhi Capitals thrashed Rajasthan Royals by eight wickets in an IPL clash at the DY Patil Stadium on Wednesday. Chasing 161-runs, David Warner and Mitchell Marsh put up a brilliant 144-run partnership and helped their side to overhaul the target with 11 balls to spare. DC notched up their sixth win in a remarkable way.

The Australian all-rounder Marsh turned out to be the star of the night. He bowled with good discipline to bag two wickets and steered his team with an unbeaten knockoff 89-runs.

After opting to bowl first, Chetan Sakariya gave DC a good start by dismissing the Orange Cap holder Jos Butler for just 7. Ravichandran Ashwin, who came in at no.3 turned out to be the unlikely star for RR with a superb batting display. The Indian all-rounder scored a half-century in 38-balls.

Ashwin alongside Devdutt Padikkal added 53-runs for the fourth wicket to keep the scoreboard moving. Padikkal, who looked to be the threat departed after scoring 48-runs. However, DC seamers managed to pull things back in the last five overs, giving away just 44 runs and taking three wickets to restrict RR to 160/6.

DC began their chase shakily as Bharat departed for a duck in the first over. Marsh started to hit sixes regularly and kept his side in the hunt. Warner was solid but quiet at the other end and opened up only towards the end of the innings. Both batters enjoyed a bit of luck. Warner remained unbeaten on 52. Marsh departed, before DC skipper Rishabh Pant provided the finishing touches.