Swiatek became the first Polish player to reach the World’s No.1 spot in rankings. She secured the top spot after beating Viktorija Golubic in the second round of the Miami Open. Swiatek will be the 28th woman to achieve the top ranking. Earlier, Agnieszka Radwanska was the highest-ranked Polish player; she achieved the rank of No. 2 in 2012.

Swiatek became the youngest woman to win the Sunshine Double, surpassing Kim Clijsters who was 23 when she achieved the feat in 2005. But Swiatek is aged just 20 years and 307 days. Swiatek also became the second-youngest player after Michael Chang to achieve this honor.

By winning the titles in Indian Wells Open and the Miami Open, Swiatek became only the fourth woman to secure the ‘Sunshine Double’. The three other women who had accomplished this feat were Steffi Graf (1994 and 1996), Clijsters (2005), and Victoria Azarenka (2016). The Polish star is the 11th player overall to win the Sunshine Double. Jim Courier, Chang, Pete Sampras, Marcelo Rios, Andre Agassi, Roger Federer, and Novak Djokovic have achieved the feat on the ATP tour.

Iga Swiatek who grabbed all the attention has been dominant and lethal to win the Qatar Open, the Indian Wells Open, and the Miami Open. The young sensation thus became the first woman to win the first three WTA 1000 events of the year. Swiatek has an unblemished record in the finals of Grand Slams, both WTA 1000 and WTA 500 events. Swiatek has won all six finals to date and has done it in straight sets. The Polish player has not dropped more than five games in any of those finals.

Iga Swiatek has now recorded 17 victories in a row at WTA 1000 events. She became only the fourth player to do so. The other three to have achieved the feat are Caroline Wozniacki, Serena Williams, and Azarenka. 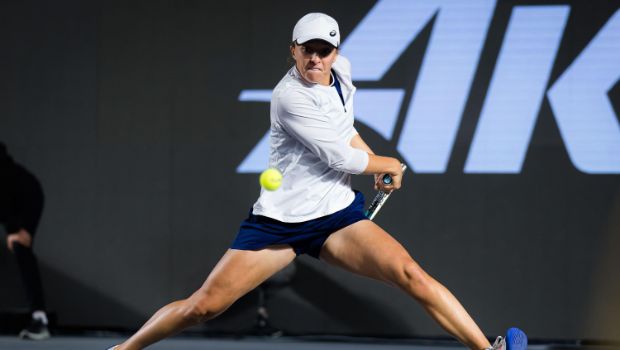