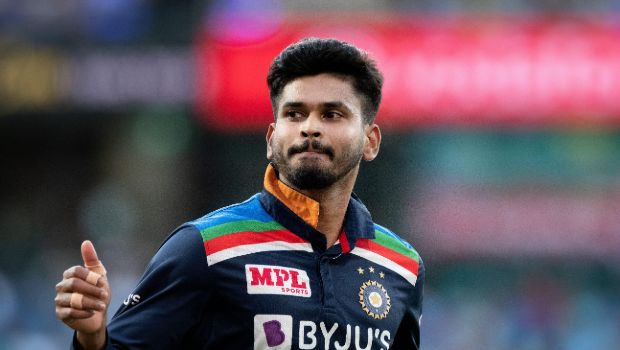 Kolkata Knight Riders will go head to head against Punjab Kings in the 8th match of IPL 2022. The epic clash between Kolkata Knight Riders and Punjab Kings will begin tonight at @7:30 pm at the Wankhede Stadium in Mumbai. Both teams are led by new captains. KKR is led by Shreyas Iyer while Mayank Agarwal is leading the Punjab Kings. Both teams have had a winning start to their IPL 2022 campaign. But KKR lost their previous game against the Royal Challengers Bangalore in the last over. Punjab Kings, who played excellent cricket to dominate RCB, hope to continue their winning run.

KKR was ordinary with the bat in their last game against RCB. As a result, KKR lost the match by 3 wickets in the final over of the game. KKR bowlers have done a splendid job in both matches and they need more appreciation for their efforts. Iyer used his bowlers quite well and it will be interesting to see how he handles the pressure in the upcoming fixtures.

On the other hand, Punjab Kings were mind-blowing in their opening encounter against the RCB. Kings wrapped up a 5-wicket win in a high-scoring game with an over to spare. Shahrukh Khan and Odean Smith’s aggressive and powerful hitting won the game for them. There is no doubt that Punjab Kings have got depth in their batting. But bowling remains a concern for Punjab Kings and they must focus more on their bowling to upset the opponents.

Ajinkya Rahane can score big at the top with the bat. KKR’s middle-order batting is dependent only on Iyer and Nitish Rana. If they fail to deliver well, things may get worse. Andre Russell will play the finisher role with his power-hitting. On another side, Punjab Kings can score big or chase any target as they have solid batting. Kings’ skipper Mayank Agarwal and Shikhar Dhawan are in good touch to give an excellent start. Their middle-order looks fine with the likes of Atharva Taide, Liam Livingstone, and Shahrukh Khan.

When we look into the Wankhede pitch, there is plenty of assistance out there for the bowlers. It would not be easy for the batters to come and straight away smash fours and sixes. Teams must keep wickets in hand till the end to win the match.

Historically KKR has had the wood over Punjab Kings in the IPL. However, this year both teams look solid and ready for a fight. Though KKR looks to be the favorite, Punjab Kings may produce a stunner.