Punjab Kings defeated Chennai Super Kings by 54 runs in a one-sided encounter at the Brabourne Stadium. CSK failed to get off the mark as they suffered yet another defeat in their third league match. Chasing 181-runs to win, CSK managed to score only 126-runs before losing all ten wickets. Punjab Kings’ bowlers bowled brilliantly to bowl out CSK, a team that has good batting depth. Rahul Chahar was the pick of the bowler with figures of 3/25.

After being invited to bat first, Punjab Kings lost its skipper Mayank Agarwal (4) in the second ball of the innings. Bhanuka Rajapaksa (9) departed in the next over courtesy of a trademark MS Dhoni run-out. Shikhar Dhawan and Liam Livingstone counter-attacked CSK bowlers and scored runs quickly. Both added 95-runs for the third wicket.

Livingstone smashed 60-runs before CSK skipper Ravindra Jadeja dismissed him. Shikhar Dhawan (33) and Jitesh Sharma (26) chipped in with useful contributions and helped their side to post 180/8. A lot of credit went to CSK’s troika of overseas pacers Dwaine Pretorius, Dwayne Bravo, and Chris Jordan. All three players used variations to good effect, strangling the opposition in the final overs.

In response, CSK got off to a disastrous start by losing four wickets within the power-play. Ambati Rayudu also departed after scoring 13, leaving his side tottering at 38/5 after 8 overs. Shivam Dube alongside MS Dhoni added 62-runs and looked to produce a fightback. However, Livingstone struck twice in consecutive deliveries to dismiss Dube (50) and Bravo (0). Chahar picked up the other three wickets to secure a remarkable win. 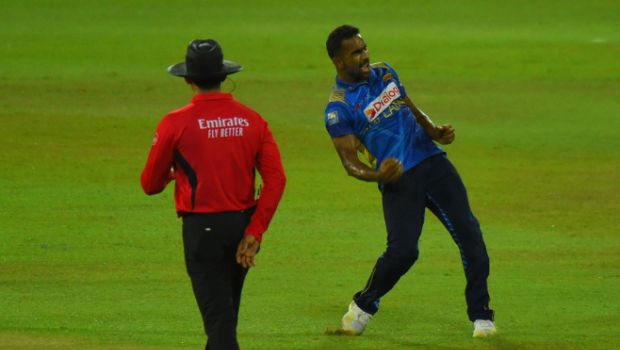 Qualifier: Pant lights up an epic game, Capitals progress
Punjab wins against Mumbai in second Super Over
India captain Rohit Sharma took on the spinners in the nets ahead of the Pakistan clash