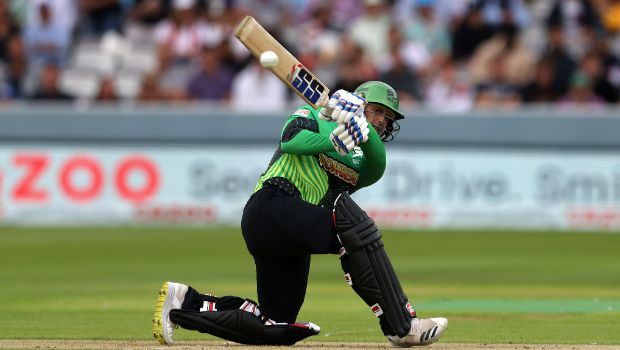 South Africa’s misfortune with the weather in Cricket World Cups continued as they were denied victory over Zimbabwe by showers at the Blundstone Arena in Bellerive. The T20 World Cup Super-12 match between South Africa and Zimbabwe was called off after multiple rain interruptions on Monday. Opting to bat first, Zimbabwe posted 79/5 after the match was reduced to nine-over-a-side. South Africa pacer Lungi Ngidi took two consecutive wickets to reduce Zimbabwe to 12/3. However, Wesly Madhevere played a cameo of an unbeaten 35, and Milton Shumba chipped in with 18 runs to give their side a respectable total.

It became increasingly dangerous to play as the rain intensified. Zimbabwe’s left-arm pacer Richard Ngarava slipped and injured his thigh in the follow-through. So, Zimbabwe subsequently elected to bowl the spinners, seemingly to protect their seam bowlers from potential injury. Zimbabwe wicket-keeper Regis Chakabva also slipped as he moved down the leg side.

With conditions increasingly farcical, Zimbabwe spinner Sean Williams protested before bowling the fourth over of the run chase. The umpires then elected to take the players off the field with South Africa just 13 away from their reduced victory target, with all 10 wickets in hand and four overs left to get the runs.

It meant that both South Africa and Zimbabwe get one point each. The result is a major blow to South Africa’s prospects of reaching the semi-finals, with only the top two sides in both groups will reach the last four. The Proteas must now win at least three of their remaining four matches to qualify for the semi-finals.

In 1992, South Africa was knocked out of the ODI World Cup in Australia after rain changed their target in their semi-final against England from 22 runs with 13 balls left to 21 runs off just one ball.

In 2003, South Africa was infamously eliminated from the ODI World Cup, after a tied match against Sri Lanka. The Proteas reached the par score under the Duckworth-Lewis Stern system, which the side had thought was enough to win. But it was actually only enough to tie the game, and they were eliminated before the second stage of the tournament.