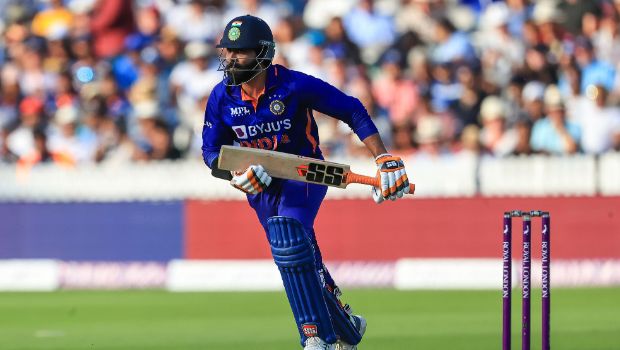 The cricketing world has seen Ravindra Jadeja getting better and better in every game. The star all-rounder chips in with crucial overs, exceptional fielding, and finishing touches with the bat, making himself a complete player. But former Indian cricketer Akash Chopra feels that Jadeja would not be a formidable wicket-taker for team India during the T20 World Cup. Jadeja is a part of India’s 15-member squad for the upcoming Asia Cup and is also likely to feature at the T20 World Cup.

While speaking about India’s spin-bowling options for the T20 World Cup, Chopra said that Jadeja is a “complete package” and will surely feature in the playing XI. However, Chopra stated that the all-rounder will struggle to take wickets at the grand event in Australia later this year.

The Indian spin attack will be led by Yuzvendra Chahal. Former Indian batter expressed that the second name on the list is Jadeja, which is interesting to see. But he will not give the team too many wickets. Chopra further added that the mirror does not lie and team India should not expect him to start picking up a lot of wickets.

Chopra said that Jadeja is a quality player, but his numbers with the ball have not been impressive in recent times. If we see Jadeja’s numbers, he has played seven matches since the T20 World Cup and picked up just four wickets, the average is above 43. His economy is also close to 8.5 which is not great for a quality bowler.