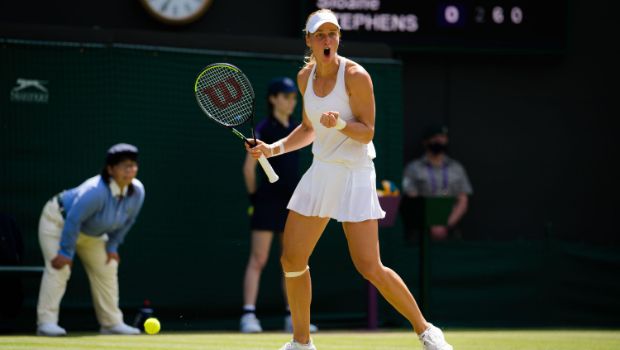 Russian Liudmila Samsonova stunned the Belarusian second seed Aryna Sabalenka 6-4, 2-6, 6-2 to reach the round of the last 16 of the Guadalajara Open at the Centro Panamericano de Tenis on Wednesday. Samsonova registered her 20th victory in her last 22 matches and the third top-10 victory of her career. Samsonova, who battled for two hours and 14-minute, produced 21 winners, broke the powerful Belarussian four times, and landed 70 percent of her first serves in victory. With this win, the 23-year-old Russian has kept her chances of qualifying for the WTA Finals alive. Samsonova, ranked no.22, will be up against Marie Bouzkova of Czech in the next round.

Samsonova’s win means that both Coco Gauff and Caroline Garcia are qualified for the WTA Finals. The WTA Finals featuring the world’s top eight players starts in Fort Worth on October 31. Sabalenka has not been eliminated from the race to the WTA Finals and currently holds a qualifying spot. But the world no.4 player will now sit on the sidelines to see if her point total holds up against a chasing field.

Iga Swiatek, Ons Jabeur, and Jessica Pegula had already locked up the first three spots before Guadalajara Open. With the addition of American Gauff and Garcia of France, only three openings remain now.

Fifth seed Gauff was not at her best but was still good enough to beat Italy’s Elisabetta Cocciaretto in straight sets 7-6(1), 6-3. The American teenager double-faulted five times and converted just four of 13 break opportunities. But Gauff proved to be the better player on the biggest points, rolled through the opening set tiebreak, and carried the momentum into the second set.

Wimbledon champion Elena Rybakina’s hopes of making it into the WTA Finals ended after Pegula saved three match points to emerge with a 2-6, 6-3, 7-6(8) victory despite 14 aces from the Kazakhstani. Rybakina would have qualified for the Finals if the WTA had issued ranking points at this year’s grass-court major.

Danielle Collins and Jelena Ostapenko, whom both have an outside shot of making the WTA Finals, won their second-round matches on Wednesday. The other hopeful entries include Madison Keys, Belinda Bencic, and top-seed Paula Badosa.