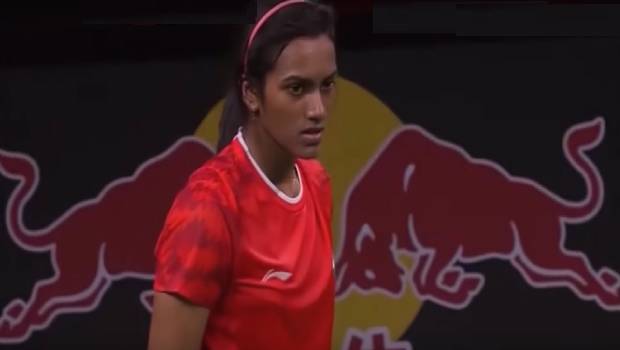 World Champion Sindhu started her campaign aggressively but Sameer Verma and Nehwal were ousted from the Hong Kong Open after suffering defeats in the opening round event here on Wednesday.

Sindhu has been defeated in the opening round in recent tournaments, took 36 minutes to see off world Korea no 19 Kim Ga Eun 21-15 21-16 to progress to the 2nd round. Next the Olympic silver medalist will face Ongbamrungphan from Thailand. HS Prannoy also crossed the 1st round, beating Huang Yu Xiang from China for 21-17 21-17 in 44 minutes to set a match with sixth seed Indonesian Jonatan Christie.

Joining Prannoy in the 2nd round qualifier Kidambi Srikanth, Sourav Verma and Parupalli Kashyap. While Japan’s Kenta was beaten by Kashyap for 21-18 16-21 21-10, Sourav got the better of Brice of France 21-11 21-15. Pitted beside top seed Momota, Srikanth got a beat over the Nishimoto. Srikanth will take on compatriot Sourabh in the second round. Kashyap has a tough 2nd round meet as he is up against 2nd seed Chou Tiena Chen of Taipei.

But Saina suffered her 5th first-round loss in the last 6 tournaments, going down 13-21 20-22 to Chinese in the women’s singles for the 2nd successive time. It was her third successive loss in the opening round.

For the 2020 Olympic Games Kashyap kept his hopes alive by beating world No.12 Kent Nishimoto in a brilliantly fought match. Ranking at No. 25 Kashayp beat the Japanese 21-18, 16-21, 21-10 this being their 1st meeting on this circuit.

In the second round challenge Srikanth will face Sourabh Verma who had beat the Frenchman Brice 21-11, 21-15.

Premier Badminton League (PBL) - India
India beats Wales 4-2, to play New Zealand in crossover for a place in last-eight
Sania Mirza pens an emotional note of her journey into tennis after pregnancy