Posted by Dafabet Sports on September 9, 2022 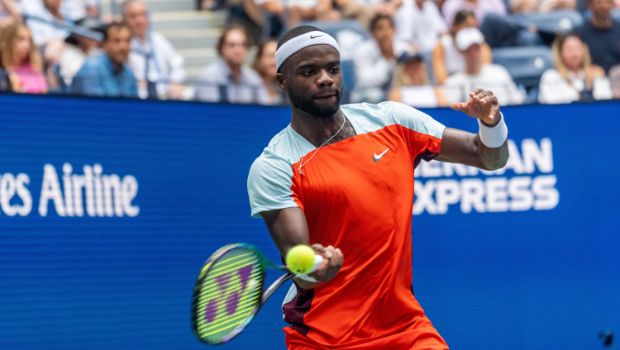 A few tennis fans would have given much thought to Frances Tiafoe ending the American men’s near two-decade title drought at the U.S. Open just 10 days ago. Frances Tiafoe of the United States secured a remarkable win over Russia’s Andrey Rublev to power into the semi-finals of the US Open. Tiafoe is in the hunt to become the first African-American player to win the US Open since Arthur Ashe in 1968. On Wednesday, Tiafoe produced a scintillating performance to beat the Russian ninth seed 7-6 (7/3), 7-6 (7/0), 6-4 in 2 hours and 36 minutes.

It seemed like the game was over even before the American stepped on the court for the showdown with the 23-time Grand Slam champion Rafael Nadal. But Tiafoe delivered a masterclass to surpass the Spanish top-seed Nadal in the fourth round. Incredibly, not only the young Tiafoe toppled Nadal, but he now stands just two wins away from becoming the first American player to lift the US Open title since Andy Roddick in 2003.

To get a chance to play in the championship match, Tiafoe will have to edge past the player who seemed to be the next big thing in tennis, that is none other than Spanish teenager Carlos Alcaraz. The 19-year-old teenager is on fire and has been producing skillful performances to secure wins.

Twelve months after reaching the last eight on his Flushing Meadows debut, the 19-year-old Spaniard has returned as the third seed and showed his determination to go all the way by grinding out back-to-back five-set victories to reach the last four.

Twelve months after playing the quarter-finals on his Flushing Meadows debut, the Spaniard has returned as the third seed and showed his determination to go all the way by grinding out back-to-back five-set victories to reach the last four this year.

He battled hard and held his nerve to outplay Jannik Sinner in a grueling 5-hour and 15-minute quarter-final. This win has kept him in the running to become the youngest ever player to climb to the top of the ATP rankings by the end of the tournament.

Both players said that it is going to be really, really tough in the semi-finals. Both men are going to play their first Grand Slam semi-final. Alcaraz had lost to Tiafoe in their only previous meeting. Fans expect Tiafoe to win and advance to the final as everybody knows the level of Tiafoe, who is playing unbelievable right now.