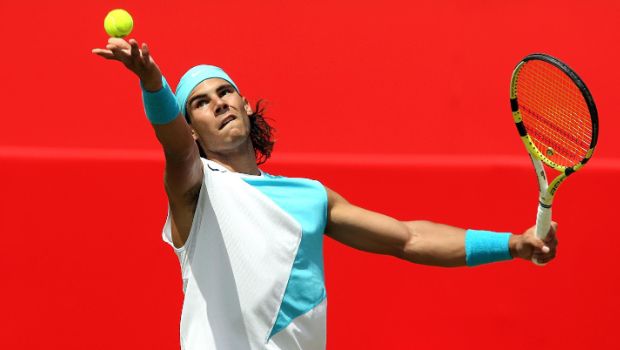 Rafael Nadal cruised past Casper Ruud in straight sets 6-3, 6-3, 6-0 to win a record-extending 14th French Open title on Sunday. With this title victory, Spain’s Rafael Nadal has stretched his record of men`s singles Grand Slam titles to 22, two ahead of Serbian Novak Djokovic and Swiss Roger Federer. It was another year to remember in the French capital Paris for Nadal, who clinched the French Open title again. There were concerns over the Spaniard’s fitness as he came into the tournament on the back of a chronic foot injury. But the champion overcame all the negatives and produced his best to win at Roland Garros at the age of 36.

For the first time, the Spain ace Nadal has won the Australian Open and Roland Garros titles in the same season. Known as the King of Clay, Nadal has won 14 French Open titles, which is the most by anybody in a single Slam. Nadal is now level with his fellow countryman Carlos Alcaraz on a Tour-leading four titles in 2022 after making it 112-3 at the clay-court major.

The 36-year-old produced an intense and aggressive opening set performance in front of a raucous crowd on Court Philippe Chatrier. He hit his forehand with heavy topspin to outplay the Norwegian and moved ahead with ease to seal the opening set.

Though the Spaniard made a slow start to the second set, he rallied from 1-3 by returning to basics. Nadal won the longer exchanges and produced an array of stunning passing shots off both wings to take further control. Nadal was more dominant in the third set and never allowed the Norwegian to bounce back. Finally, Nadal secured a memorable victory after battling it for two hours and 20 minutes.

Following his triumph over the Norwegian, Rafael Nadal has become the third player to earn four Top 10 wins at a Grand Slam since the ATP Rankings started in 1973. Mats Wilander at Roland Garros in 1982 and Roger Federer at the Australian Open in 2017 also achieved the feat.

During the trophy presentation, the Spaniard said he wants to keep going, allaying fears of a retirement announcement. Nadal admitted that he does not know what can happen in the future, but he is going to keep fighting to try to keep going. Nadal expressed that he would participate in the Wimbledon later this month if his body allows him to play.