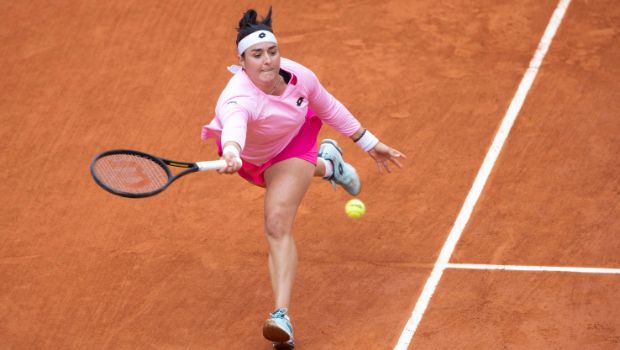 World no.2 Ons Jabeur produced a stunning play of tennis as she rallied from a set down to defeat the Czech Marie Bouzkova in the women’s quarter-finals on Tuesday. Ons Jabeur bounced back and fought well to surpass the 66th-ranked Czech player in three sets 3-6, 6-6, 6-1 on Centre Court. Tunisian third seed Ons Jabeur reached her maiden Grand Slam semi-final with a comprehensive win. With this victory, Jabeur stretched her grass-court winning streak to 10 matches after competing in Wimbledon following her title win in Berlin.

The 27-year-old Jabeur continues to make history for her nation as she became the first Arab woman to reach a Wimbledon semi-final since 1983. Jabeur smashed 30 winners against 27 unforced errors in the one-hour and 47-minute contest. Tunisia star played on to hit 20 winners against 13 unforced errors in the final two sets. Jabeur is on the hunt to become the first African woman to win a major.

Jabeur is the only highest surviving seed in the women’s singles draw. Tunisian player will be up against her ‘barbeque partner’ Tatjana Maria in the semi-final. Maria defeated her compatriot Jule Niemeier 4-6, 6-2, 7-5 on No 1 Court to continue her remarkable run at Wimbledon. The German player secured her maiden semi-final appearance and also became only the sixth woman in the Open Era to the Wimbledon semi-finals after turning 34.

Jabeur used plenty of drop shots in the opening stages of the first set against her opponent but Bouzkova read them well to counter-attack. Jabeur failed to find a way past the 23-year-old Bouzkova’s solid defense as she chased down most of her groundstrokes. The Czech player secured the opening set with a second break in the ninth game.

Jabeur started the second set with aggression and continued to hit her groundstrokes flatter. She broke Bouzkova`s first service game of the second set. Jabeur went to with her rhythm and soon leveled the match as one of her main weapons, drop shots once again found the mark on the lush green lawns.

Tunisian player won five straight points to break serve and then consolidated her advantage to take a lead in the decider set. Jabeur secured eight straight games and jumped into a 4-0 lead. Though the Czech halted Jabeur with a break, it proved to be only a minor hiccup. Jabeur then picked up another break in the next game and sealed the contest on her first match point.