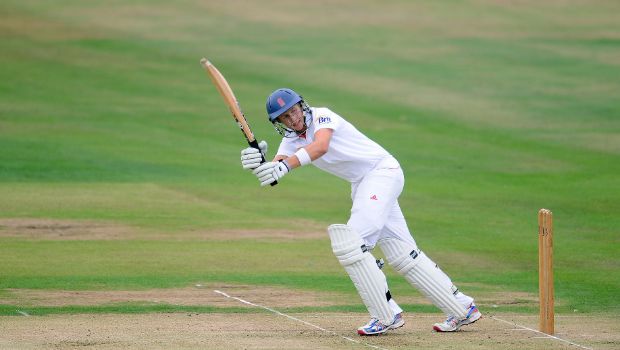 England defeated India by seven wickets in the rescheduled fifth Test match at Edgbaston. Joe Root and Jonny Bairstow put up an unbeaten partnership of 269 runs and helped their side chase down a massive target of 378 on the final day in Birmingham. England recorded their highest successful chase in the final innings of a Test match. Root played a blistering knock of unbeaten 142-runs, while Bairstow remained unbeaten on 114. With this victory, England finished the five-match series with a 2-2 draw against India
.
The defeat denied India a first series win on England soil since 2007. This was also the highest target India has failed to defend in their cricket history. England, who resumed their second innings at the score of 259/3 on Tuesday, got home quite comfortably as Root and Bairstow tore apart the Indian bowlers. England batted superbly to score their second-innings runs at 4.93 per over.

Though Indian bowlers tried their best, the England duo played some brilliant shots to score quick runs. It was not India’s bowling in the fourth innings that cost them the match. The foremost reason was India’s batting collapse of 7 for 92 in their second innings, which cut back a potential target of 400-plus runs.

India played well over the first three days but unfortunately failed to maintain that intensity and level of performance right through the match. India skipper Jasprit Bumrah ended with 23 scalps, the most by an Indian bowler in a Test Series in England.

Virender Sehwag : "Unbelievable Effort From Mohammed Shami"
CSK register a thumping win by 45 runs against RR on the back of an all-round performance
Indian women eye definitive triumph against England