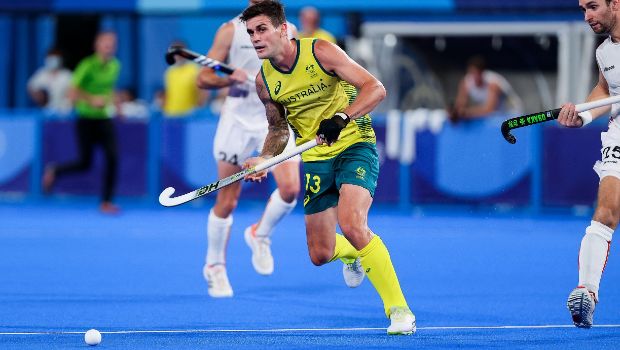 Day 4 of the FIH Odisha Hockey Men’s World Cup 2023 promised close encounters as teams battled hard to get the needed results, they had set for the pool stages.

Three-time champions Australia and heavyweights Argentina made the contest a tough one and played out a thrilling 3-3 draw at the Kalinga Stadium in Bhubaneswar on Monday. In a Pool-A game, Australia and Argentina produced brilliant performances and showed their elegance throughout the game. But the match ended as a highly entertaining draw where the momentum swung from one side to the other.

Australian men were down 3-2 with just two minutes remaining in the clock, but Blake Govers, who returned from injury, stepped up when it mattered and scored a fantastic solo goal to split the points. Australia remains at the top of the pool, thanks to their vastly superior goal difference to Argentina, who are in second place. France is in third with a chance of earning a crossover spot. Earlier, France defeated South Africa 2-1 in a must-win game to stay alive in the tournament.

Australia started strongly and looked to create chances to score. Australian men pushed back Argentina straight away and their attitude gave them a good result as Hayward Jeremy opened the scoring for his side by converting a penalty corner in the ninth minute. But Argentina never went down and played well to restore parity in the 18th minute of the match. Argentina won a penalty corner and made it count as Domene Tomas smashed it straight past the goalkeeper.

With just six seconds left in the clock for the first half, Australia regained the lead after a long review. Beale Daniel produced a brilliant field goal to put Australia in the front. Argentina tried an early circle penetration at the start of the third quarter, but Australia thwarted the attempt. However, Argentina got an equalizer with Casella Maico’s 32nd-minute strike. Argentina forward steered the ball into the net after receiving a pass right in front of the goal.

Playing catch-up all evening, Argentina took the lead for the first time in the 48th minute when Martin Ferreiro danced through the Australian defense and reverse sticks into the bottom corner. Argentina looked on course to clinch all three points with an incredible win, but Blake shattered their dream by scoring Australia’s third goal in the dying minutes. Blake won the free hit, brought the ball forward, and sliced it into the roof of the net.