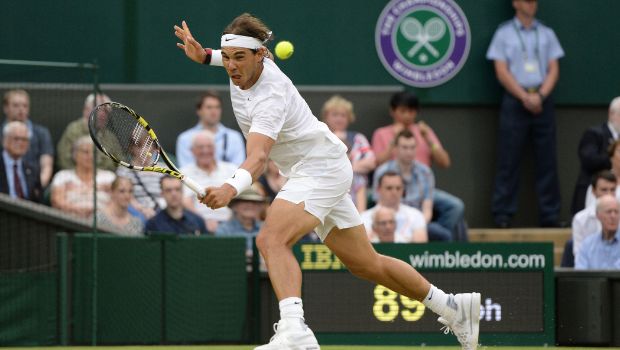 Defending champion Rafael Nadal overcame a stern test from debutant Jack Draper in the first round of the men’s singles match at the Australian Open 2023. Spanish great Nadal faced a tough battle to start his campaign at a sweltering Melbourne Park. World no.2 player recovered from a second-set wobble to defeat the fast-rising Draper 7-5, 2-6, 6-4, 6-1 in a match that was played more than three and half hours at Rod Laver Arena. The 32-year-old Spaniard brought in all his experience and used some of his trademark hammer forehands to edge past the 21-year-old young British player and registered his maiden win in men’s singles in 2023.

The 22-time Grand Slam champion will be up against Mackenzie McDonald of America, who beat his compatriot Brandon Nakashima 7-6(5), 7-6(1), 1-6, 6-7(10), 6-4 in the opening round. The second-round match would be their maiden meet on the ATP Tour. Nadal is into the second round for the 17th time and his win-loss record at Melbourne Park is 77-15. Top seed Nadal is bidding for his third Australian Open title, having won in 2009 and 2022.

Nadal fired only six aces to his opponent’s 11. The Spaniard also conceded three double faults, while Draper recorded only two. Notably, Nadal converted six of his 12 breakpoints. The Senior player commanded a 72 percent and 57 percent win on his first and second serves, respectively. The defending champion secured a total of 124 points, while Draper managed 110 points.

Nadal kept his cool and waited for his opportunity, which came at 6-5 on Draper’s serve when he earned a set point and converted with a searing cross-court winner. But the Spaniard lost focus in the second set as the young British player raised his game level and raced to a 4-0 lead before sealing the set.

Nadal stayed calm, regrouped, and looked to play with pure intention to win. He broke early in the third set to move 4-1 ahead, winning the long rallies. Draper needed repeated treatment on his upper right leg, but against the odds broke back before Nadal again stepped up.

Draper was clearly struggling and was seen in pain at times. However, Nadal showed no mercy to race through the fourth set to victory. Nadal’s 2022 run in Melbourne came in the absence of nine-time champion Djokovic, who is back this year and will begin his campaign against Spain’s Carballes Baena today at 2:45 pm at Rod Laver Arena.