Cleveland to move past their 105-year-old ‘Indians’ nickname 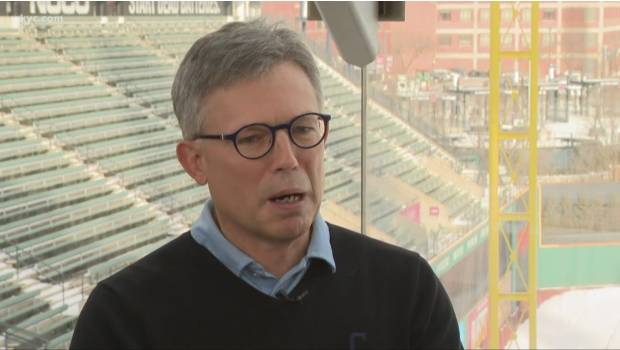 The Cleveland Indians have decided to drop their nickname, they have used for more than a century. They are the latest professional sports franchise to leave its Native American image amid accusations that its use is racist.

The organization is expected to announce the change this week, sources said, continuing a years-long process in which it abandoned its Chief Wahoo logo and committed to exploring a new nickname, as well.

Cleveland hasn’t settled on a new nickname yet and it’s still unclear whether the team will be dropping its nickname immediately or during the 2021 season.

Following the decision of the NFL’s Washington franchise to drop its nickname and ultimately rebrand as the Washington Football Team, Cleveland announced it planned to undertake a thorough review of the Indians’ name, which it adopted in 1915. Previously, the team had been called the Cleveland Naps, after Nap Lajoie, their star player and manager.

Cleaveland Indians have played more than 17,000 games with this nickname and have won two World Series. Winning their last one in 1948 their 72-year championship drought is the longest in the sport.

After continued outcry against the name Cleveland owner Paul Dolan vowed to meet with Native American groups and assess their views. There was pressure from Major League Baseball, too, which saw the Indians name as a long-term nonstarter, sources said.

The Oneida Nation of New York, which led the Change the Mascot Movement said in a statement that this is the pinnacle of decades of work. It also added groups such as the National Congress of American Indians passed resolutions on this for decades and Cleveland now has come out in front of it and they are leading by charting a new path.

U.S. President Donald Trump tweeted on Sunday in response to this matter by calling, it “Cancel culture at work!”

The Atlanta Braves of MLB, Chicago Blackhawks of the NHL and Kansas City Chiefs of the NFL are some of the other prominent franchises that use Native American imagery in their names and logos.

There have been few new names proposed in recent years like the Naps, the Cleveland Spiders or the Cleveland Rocks. Whatever the Cleveland franchise chooses as its new name they will require new uniforms and signage around the stadium, which could possibly delay the implementation of the new nickname in near future.