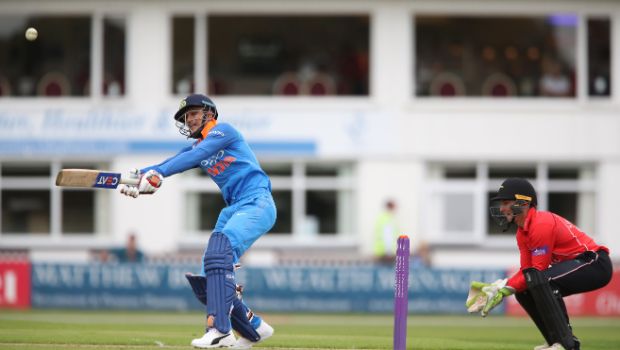 Men in blue produced a dominating performance to crush Sri Lanka by 317 runs in the third and final ODI in Trivandrum, sweeping the series 3-0. India recorded the highest-ever victory margin in an ODI match, surpassing New Zealand’s 290-run win over Ireland in 2008. Chasing a mammoth 391, the visitors stumbled from the start as Indian bowlers displayed a brilliant show and bundled them out for a mere 73. Pacer Mohammed Siraj was the star performer with the ball, picking up 4 wickets.

Opting to bat first, Shubman Gill and skipper Rohit Sharma laid a solid platform by adding 95 runs for the opening wicket. Chamika Karunarantne gave the much-needed breakthrough by dismissing Rohit for 42. Gill played a superb knock to register his second ODI century but Kasun Rajitha cleaned him up for 116. He alongside Virat Kohli stitched a 131-run partnership for the second wicket.

Kohli, who is in amazing form, batted brilliantly to bring up his 46th ODI ton in 85 balls. The talismanic Indian batter broke the long-standing record of Sachin Tendulkar (20) and now has the most ODI centuries (21) at home by any batter in the world. Kohli’s unbeaten knock of 166 powered India to pile up a gigantic total of 390/5.

Sri Lanka in response never found their momentum as Siraj blew away the Lankan top order and reduced them to 35/4. Kuldeep Yadav then bowled a ripper to clean up in-form Lankan captain Dasun Shanaka for 11. The visitors kept losing wickets regularly and eventually suffered a humiliating defeat. Kuldeep and Mohammed Shami bagged two wickets each. Kohli was honored with the Player of the series award, finishing as the top-scorer with 283 runs.