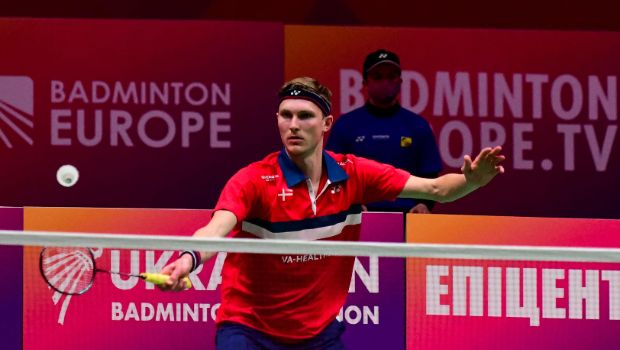 The sixth ranked Seyoung held off her nerves in the second game to surpass the Thai shuttler. Seyoung’s career glistens brighter after registering a memorable win against her Childhood idol. The Korean was clever and played solid to earn the points. Seyoung used every opportunity well and secured the first game.
Seyoung played the second game at a really fast pace. Holding championship point at 20-14, the Korean shuttler withstood one final challenge from Intanon. Intanon played on to match Seyoung’s speed with a good fight back. The Thai star scored six consecutive points with some accurate and powerful shots. But it was not enough to hold the teenager in the end.

Viktor Axelsen sealed a 21-12, 9-21, 21-13 victory over Loh Kean Yew to lift the men’s singles title. Olympic gold medallist Viktor Axelsen battled 59 minutes to earn the victory against the Singaporean top star. Axelsen secured a victory after his countryman Anders Antonsen was forced to withdraw from the Indonesia Open due to a right chest injury. Loh Kean extended the match to a decider game after sealing the second game with a dominant play.

The Denmark shuttler got off to a better start and grabbed the momentum to cruise an easy win in the first game. However, the 24-year-old Singaporean fought back to seal the second game. Loh Kean was excellent with his foot work and cross court shots. The third and deciding game proved to be a close encounter.

The reigning Olympic champion played brilliantly to take 11-6 lead at the mid-game interval. Loh tried his best to level the gap but Axelsen held on with speedy returns and net play. Finally, the Danish ace came up front to clinch his second Super 1000 title of the season. Earlier, Axelsen won the Denmark Open title in October.