Posted by Dafabet Sports on February 8, 2021 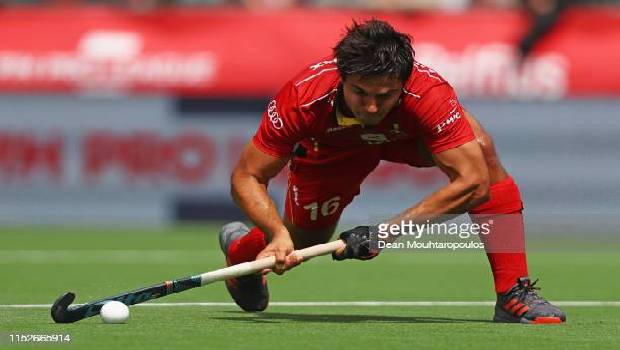 Belgium’s men’s hockey team in recent years has been in stellar form on the field. They have averaged so far three goals a game in the 2020/21 Men’s FIH Pro League. Alexander Hendrickx, primarily a defender is the competition’s top scorer with 10 goals this season.

The goalscoring threat from all over the park supports an attacking line featuring the likes of Florent Van Aubel, Cedric Charlier, captain Thomas Briels, and Tanguy Cosyns. Belgium arguably has the strongest attacking in men’s hockey currently.

With the arrival of the 2020/21 Men’s FIH Pro League following a three-month break over the New Year time frame, the association chiefs are trusting it is only the start of a major year for hockey.

The Red Lions, who are currently topping the FIH World Rankings, want to go one further than their runners-up position in 2019. The team’s training camp in Gran Canaria went as they would have wanted and they feel well in shape to take on the world.

As we saw at the Rio 2016 Olympics, they can be clinical, scoring 29 goals in the last Games. This also includes an uncompromising 12 against hosts Brazil in the group stage.

While younger talent is emerging in the Belgium squad, such as 20-year-old Thibeau Stockbroekx and William Ghislain, their strongest asset going into this year is definitely an experience.

Ten of the current roster have represented their country over 200 times, with Sebastien Dockier reaching that landmark in the 3-2 win in Spain on 5th February, and the legendary John-John Dohmen making his 400th appearance for the national team in the same double-header.

The numbers are astronomical for a squad that, while certainly not the youngest, still has quite a few years in front of them. In the past three years, the
Red Lions have become first-time world champions in 2018 and a year later, European champions.

If the stats suggest anything, they indicate the current crop of players is a golden generation of talent for the lowland nation.

Despite their prolific goalscoring threat, 1000s of international appearances and a taste for success, there is one thing that the Red Lions have so far found elusive – an Olympic gold medal. Key players like Briels and Dohmen both aged 33 this the best time for Belgium to create history more than ever now.