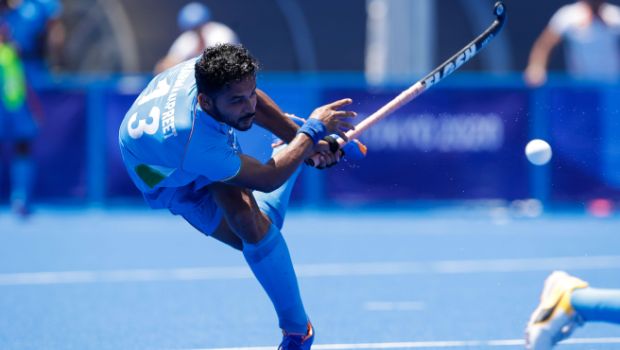 The 2023 Men’s FIH Hockey World Cup will be the 15th edition that will take place in the new year on January 13. India will be hosting the showpiece event for the fourth time. The World Cup tournament will be held at the Kalinga Stadium in Bhubaneswar and Birsa Munda International Hockey Stadium in Rourkela, from 13 to 29 January 2023. The world’s 16 top teams will be playing a total of 44 games across the two venues.

The 16 teams have been divided into four pools. Each team will play the other three teams once and the pool topper will advance to the quarter-finals. Teams finishing second and third in each pool will play the crossover matches that will decide the remaining four quarterfinalists.

The Indian Men’s Hockey team arrived in Odisha on Tuesday nearly two weeks ahead of their opening match at the much-awaited FIH Hockey Men’s World Cup 2023. Harmanpreet Singh-led men along with the team’s Chief Coach Graham Reid travelled to Rourkela, where they will go through the final preparations. Men in Blue are well prepared for the challenge and will be going through the final touches to their game.

Team India, ranked no.6, has been clubbed in pool D alongside Spain, England, and Wales. The hosts will begin their campaign against the Spaniards on January 13 in Rourkela. Following their opener, India will play England on January 15 at the same venue. Indian men will play their final group encounter against Wales on January 19 in Bhubaneswar. All of India’s group-stage matches will start at 19:00 hours IST.

India captain Harmanpreet admitted that the team’s preparations are going really well and the home ground factor will help his team. The 26-year-old defender stated that playing in front of a packed stadium is something his men need to use to their advantage. Players would not be able to hear the on-field calls and Indian players are used to such conditions in Bhubaneswar where they recently played the Pro League matches.

The 18-member squad will be hoping to deliver their best and end India’s 47-year-long wait for another World Cup triumph. India clinched its one and only World Cup way back in 1975.