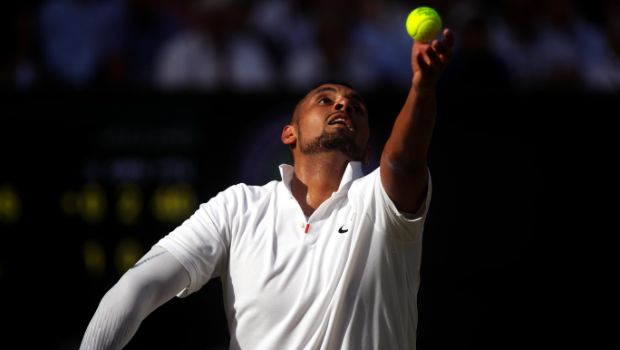 Nick Kyrgios dominated his first ever match against Australian compatriot Alex de Minaur and won their Round of 16 clash at the Canadian Open. The Australian star Kyrgios produced an absolute masterclass to outclass the Davis Cup teammate de Minaur in straight sets. Kyrgios was at his best and toppled de Minaur 6-2, 6-3 to seal his berth in the quarterfinals of the Canadian Open. A day after an impressive victory against World No.1 Daniil Medvedev, the Aussie star looked like a man on a mission as he outplayed de Minaur in just 62 minutes.

It was a brutal display from the Wimbledon runner-up to extend his career-best run of form this season. The crowd witnessed a flawless play and an extraordinary play of tennis from Kyrgios. The 27-year-old Aussie player registered 22 winners and made just nine unforced errors in front of a packed-out stadium.

Both the Australians have found their form over the past month with Kyrgios winning the Citi Open and de Minaur triumphing at the Atlanta Open. But in this match, it was Kyrios who started in a dominant fashion. Kyrgios took a double break to race to a 4-0 lead in the opening set. He continued with the momentum and wrapped up the set in just 23 minutes. Kyrgios hit 14 winners and just one error during the opener. It was a perfect first set from Kyrgios against his fellow countryman.

Kyrgios broke de Minaur at the start of the second set to keep the rhythm going. But world no.21 de Minaur fought back to break Kyrgios twice. However, he soon found himself 3-1 down as Kyrgios once again turned the screws. Kyrgios quickly jumped to a 5-2 lead.

The Wimbledon runner-up was seen in frustration after de Minaur enjoyed a rare break of serve. Kyrgios ramped up the pressure again and went on to win the match as his compatriot struggled to hold on with his serve. A dominant and comprehensive victory has taken Kyrgios into the ATP top 30 and more importantly, into the seeded spots for the upcoming US Open.

Kyrgios has now won nine straight singles matches and will face Hubert Hurkacz in the quarter-finals. Hurkacz advanced to the last eight after registering a fighting 6-7 (6-8), 6-2, 7-6 (7-3) win over Albert Ramos-Vinolas. The quarter-finals would be an exciting contest to watch as Hurkacz beat Kyrgios two months ago on the Halle grass courts.