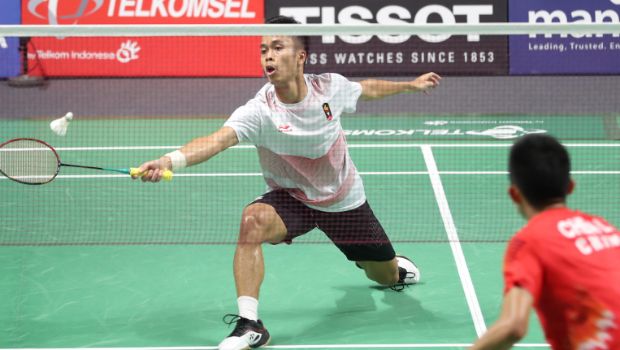 It was a historic day for Indian badminton as they hammered 14-time champion Indonesia 3-0 in the Thomas and Uber Cup finals in Bangkok. India outplayed Indonesia to win a historic maiden title in the Thomas Cup world team badminton championships. India kicked off the victories with Lakshay Sen defeating Anthony Ginting, and Indian Men’s double pair Satwiksairaj Rankireddy-Chirag Shetty outclassed Ahsan and Sukamuljo. Both the victories gave India a 2-0 lead. In the third match, Indian senior ace Kidambi Srikanth surpassed Jonatan Christie to make it 3-0.

India defeated Malaysia and Denmark by an identical 3-2 margin in the quarter-finals and semi-finals before getting the better of Indonesia in the final. Indian men demolished all three powerhouses during the most prestigious badminton event.

India got off to a perfect start as its rising star Sen bounced back to beat Anthony Ginting by 8-21, 21-17, 21-16 in a thrilling tie. Reigning India Open champion Sen fought stomach sickness and helped his Nation to clinch the Thomas Cup title for the first time in 73 years. Sen was not at his best in the knockout stages, but in the finals, he delivered his brutal best to beat the world no.5 Ginting to give India an important 1-0 lead.

The 21-year-old shuttler made a remarkable come-back win and not an easy one. It all seemed over for the young player as he went down 8-21 in the first game. But Sen never gave up and fought hard to storm back in style. He went on to win the next two games to prove his class and skills.

Apart from Sen, Kidambi Srikanth’s form was stunning, and produced dazzling performances to dominate throughout the tournament. Srikanth won all the six matches that he played.

Many badminton fans have termed this victory as Indian badminton’s ‘1983 moment’. All the experts have heaped praises on the Indian shuttlers, who delivered brilliant performances to achieve this terrific victory. Indian men’s badminton team coach Vimal Kumar hopes that the Thomas Cup win will do great for Indian badminton what the 1983 Cricket World Cup win did for Indian cricket. Indian Union Minister Anurag Thakur has announced a cash prize of Rs 1 crore for the winning squad.