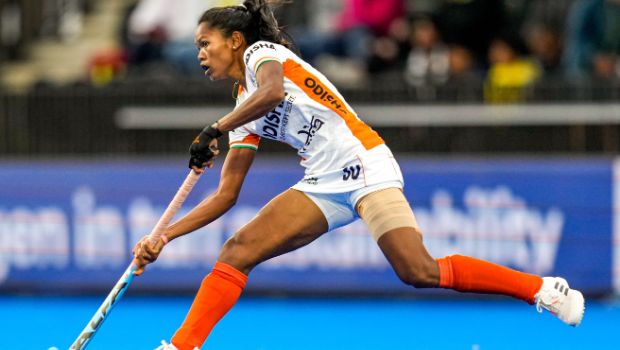 India women dug deep to edge out Canadian women in their final Group A match in Birmingham. The Indian women’s hockey team fought a hard battle and defeated Canada 3-2 to seal a semi-final berth at the 2022 Commonwealth Games. With the win, India claimed the second spot in their Group with three wins and a loss against hosts England. If England women avoid at least a nine-goal defeat against Wales in their final match, India will take on mighty Australia in the semi-finals on Friday.

Indian midfielder Salima Tete gave her side an early lead in the third minute. Navneet Kaur and Lalremsiami were the other scorers for India while goals from Brienne Stairs and Hannah Haughn kept Canada in the hunt at the Squash Centre.

With a semi-final spot on the line, Indian women were off to a marvelous start as they made a brilliant run into the Canadian defensive region and came so close to opening the game with a goal. India’s attacking play earned them the first penalty corner in the game’s third minute. Gurjit Kaur’s drag-flick was blocked by the first runner but Salima successfully converted on the rebound and gave India a 1-0 lead. Indian women continued to put pressure on Canadian women with some imaginative play down the wing.

Canada seemed like coming into the game in the second quarter as they managed to link up a couple of passes to move the ball into the Indian defensive zone. Though Canada leveled India’s intensity, failed clearance in the 22nd minute and handed a two-goal advantage to India. The interception from Lalremsiami and a clean pass into the track of Navneet who made no mistake netting the ball into an open net.
Canada managed to cut the lead back to one through a penalty corner in the very next minute. Stairs, one of Canada’s prolific scorers, found a way past the Indian keeper and brought her side back into the game.

After a slow start to the second half, Canada earned a penalty corner in the 39th minute and Haughn’s shot from the left side of the post hit the Indian keeper on its way in and the scores were leveled.

Indian women showed attitude and dominated with possession in the last 15 minutes. With Canada committing some errors in defense, Lalremsiami spotted the crack and score the winner for India. India continued to play an offensive game and denied Canada a chance of a comeback.