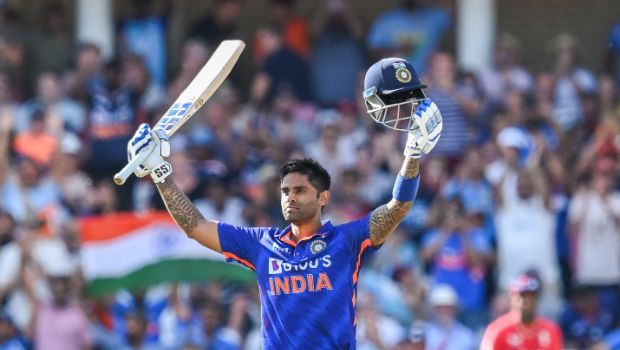 India defeated West Indies by 7 wickets in the third T20I at Warner Park. Men in blue produced a brilliant performance to outclass the Windies and took a 2-1 lead in the five-match T20I series. Chasing 165, Suryakumar Yadav’s blistering knock of 76-runs took India home with an over to spare. Earlier, India suffered an early blow as skipper Rohit Sharma had to be retired hurt due to back spasm.

After being invited to bat first, Brandon King ang Kyle Mayers gave the Windies an excellent by adding 57-runs for the opening wicket. Hardik Pandya came in and bowled out king for 20 to give a breakthrough for India. The Windies’ captain Nicholas Pooran played a handy knock of 23 runs.

Mayers scored a brilliant 73 and guided West Indies to post a defendable total of 164/5 in 20 overs. Bhuvneshwar Kumar scalped two wickets while Pandya and Arshdeep Singh bagged one each. In reply, Suryakumar and Shreyas Iyer gave their side a solid and aggressive start. Both batted on to put a partnership of 94-runs before Akeal Hosein dismissed Iyer for 24. Suryakumar played some beautiful and innovative shots to reach his half-century.

Rishabh Pant and Deepka Hooda (10) stood steady in the crease and guided India to cross the finish line with ease. Pant played an unbeaten knock of 33. Men in blue will eye to clinch the series when they take on the Windies in the 4th T20I on August 6.