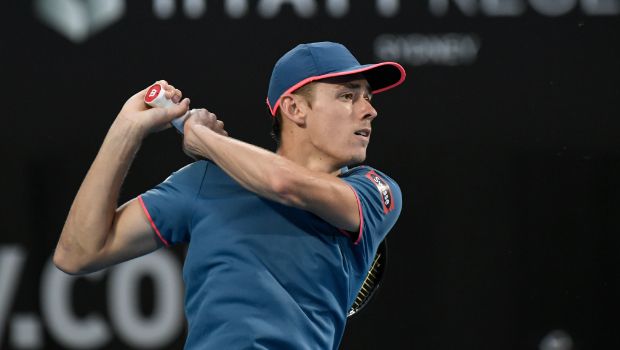 Alex de Minaur and Jordan Thompson helped Australia to qualify for the Davis Cup semi-finals by winning their respective singles matches. Australia advanced to the Davis Cup semi-finals for the first time since 2017. De Minaur bounced back from a set down to defeat Botic van de Zandschulp of the Netherlands 5-7, 6-3, 6-4. The 23-year-old Australian clinched the series 2-0 to set up a semi-final clash against either Spain or Croatia. Australia is the second most successful nation in the Davis Cup tournament with 28 titles but their last triumph was in 2003.

Earlier, Jordan Thompson also came from a set down to beat Tallon Griekspoor 4-6, 7-5, 6-3 to give Australia a 1-0 lead. The 28-year-old Australian hit 16 aces to overcome his Dutch opponent in a hard-fought and grueling contest that was played for almost three hours. Thompson’s victory played a key role and opened the gates for Australia to surpass the Netherlands to reach the Davis Cup semi-finals for the first time in five years.

The big-striking Van de Zandschulp broke on the third attempt to close out the first set with ease. But the 27-year-old Dutch player failed to hold onto the momentum as his opponent did well to convert on break point chances in the first and the final games of a near-flawless second set.

De Minaur showed all his fighting qualities against his 35th-ranked opponent, who recorded three victories in the group stage, including a win over Taylor Fritz of America. The Australian dealt with a power deficit but gave an excellent fight and held his nerve to triumph.

In the decider, De Minaur saved his opponent’s break point chance in the third game with a brilliant performance at the net. The Dutchman set up another break point when he sent De Minaur diving to the ground in a marathon ninth game. Finally, a double fault helped the Australian to break in the final game and seal the victory.

Thompson has repaid Lleyton Hewitt’s faith by registering a much-needed win. Hewitt brought Thompson into his squad just a few days before but sent him out in the No.2 singles spot ahead of Thanasi Kokkinakis.

In an on-court interview, Thompson admitted that Davis Cup is something special and when he is playing for his country, it is not like individual tennis, so he feels that extra pressure. Thompson said that he and his team will deliver their best to seal a spot in the finals.