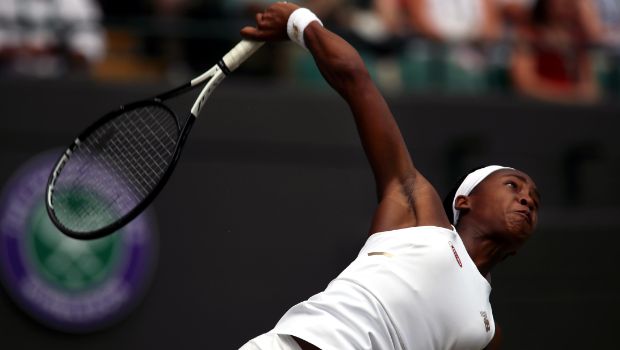 American teenager Coco Gauff defeated the 2021 U.S. Open champion Emma Raducanu in the second round of the Australian Open. In the eagerly anticipated women’s singles clash between two young tennis stars, the American triumphed over the British in straight sets. Gauff was twice a point away from being pushed to a decider by Raducanu but the American teenager steadied herself and went on to secure a 6-3, 7-6 (4) victory in their first head-to-head meeting. The 18-year-old sensation from Florida reached the third round at Melbourne Park for the first time since 2020.

Gauff will be up against fellow American Bernarda Pera in the third round. Gauff’s previous best finish at the Australian Open was a fourth-round placing in 2020. World no.7 Gauff is the youngest seed in the women’s Australian Open field. The teenager’s only aim is to win her first Grand Slam title after finishing as the runner-up at the 2022 French Open.

In the meantime, Gauff has recorded the milestone 100th win of her career with a comfortable win over Raducanu. Gauff has become the youngest woman to reach this milestone since Caroline Wozniacki in 2009.

On the other side, Raducanu currently ranked 77th has been dealing with an ankle injury, yet she delivered her best to come so close to extending this match. The 20-year-old British player held a pair of set points while she was 5-4 ahead in the second set. On the first opportunity, Raducanu sailed a backhand long. On the second, she dumped an attempted drop shot into the net and the same helped Gauff hold serve there. More miscues by Raducanu tilted the tiebreaker and the match in the American’s way.

In an on-court interview, Gauff admitted that she was just trying to focus on the point in front of me and not look too far into the future. The teenager stated that she just told herself to hang in there. Gauff concluded that she knew the level that she was playing and if there was a third set, she had a good chance of winning.

Earlier in the day, men’s defending champion Rafael Nadal was knocked out after he suffered a shocking straight-set defeat at the hands of America’s Mackenzie McDonald. The 22-time Grand Slam champion lost the match 4-6, 4-6, 5-7 at the Rod Laver Arena. Nadal looked out of sorts and also battled injury in his second-round match.