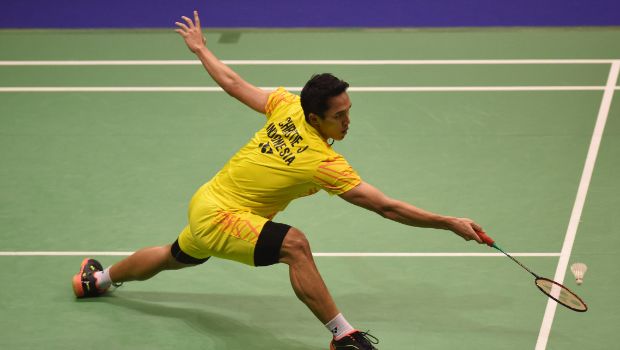 Weng Hongyang stunned world no.8, Jonatan Christie, to claim the Men’s singles crown of the Korea Open Badminton Championships 2022. China’s Weng Hongyang, the biggest dark horse at the BWF South Korea Open produced a stunner to upset the 2022 Swiss Open champion, Christie. Ranked 156 in the world ranking, Weng Hongyang produced one of the finest comebacks of the tournament, surpassing Indonesian Jonatan Christie in the men’s singles final of the Super 500 event.

The 22-year-old Chinese player fought hard to earn a 12-21, 21-19, 21-15 victory over Christie. After clinching the men’s singles crown, Hongyang became the first Chinese shuttler to win a gold medal on the world stage in three years. The young underdog joined the China national team in March 2018 without much international competition experience. He started the Korea Open journey as a substitute but became the only Chinese to advance into the semifinals. Finally, Hongyang surprised everyone by winning the title.

As all fans expected, the Indonesian player took the first game rather easily with a score of 21-12. Christie powered through the opener with his searing smashes. But Hongyang pushed hard in the second game to take a two-point lead at the break. Christie used his experience and skills to quickly cancel out Weng’s lead after the break. Both players battled well and traded points to make the score tied at 15-15.

But the 24-year-old Christie slowly moved ahead, earning two points followed by a long shot from the Chinese. Higher-ranked Indonesian went on to lead the second game by 19-15. However, Hongyang came back strong to win three consecutive points to make it 19-19. The Chinese held his nerve to force the decider by securing the remaining two points.

In the decider, the Chinese shuttler produced an elegant play to take an 11-7 lead before the break. Christie tried hard to script a comeback as both the players were separated by just one point at 15-16. But in the end, it was Weng Hongyang who came out as the ultimate winner after prevailing over the Indonesian.

In the Women’s singles, local favorite An Se-young defeated sixth seed Pornpawee Chochuwong to clinch the crown. The tournament’s second seed Se-young proved to be the best and outclassed the Thailand player in two straight games 21-17 and 21-18. The last time a home player won the Women’s singles at the Korea Open was Sung Ji-Hyun in 2015.