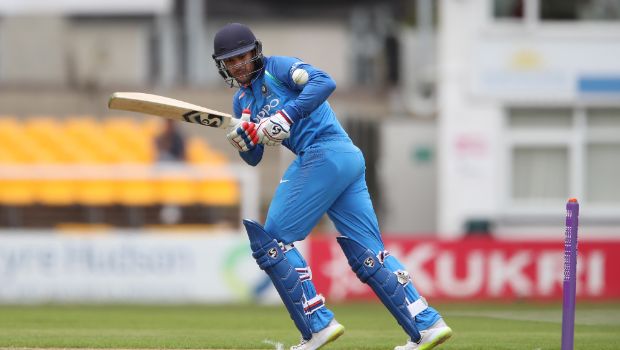 Lucknow Super Giants continued their winning run by defeating Delhi Capitals by 6 wickets. Chasing a target of 150-runs, LSG opener Quinton de Kock dazzled with a fine knock of 80-runs off 52-balls and helped his side to extend its winning streak to three. Earlier, LSG spinner Ravi Bishnoi produced a terrific spell with figures of 22/2.

Delhi Capitals managed to post 149/3 on board after Lucknow Super Giants skipper KL Rahul opted to bowl first. DC opener Prithvi Shaw single-handedly gave an excellent start to his team. Shaw slammed 61-runs by hitting nine fours and two sixes. David Warner failed to find his rhythm and Bishnoi dismissed him for just 4. In his next over, Bishnoi cleaned up Rovman Powell for 3.

LSG bowlers bowled brilliantly as DC batters found it difficult to score every single run. The wicket was slow and the slower balls were gripping. However, Rishabh Pant and Sarfaraz Khan rescued DC at the end with a 75-run stand for the 4th wicket.

De Kock and KL Rahul gave LSG a solid and bright start during the chase. De Kock’s 19-run over against Anrich Nortje turned the tide in favor of LSG. However, DC came back into the game by dismissing Rahul (24) and Evin Lewis (5) in quick succession. When De Kock departed, LSG required 28 runs off 25 deliveries, and even as Mustafizur Rahman and Shardul Thakur conceded only 9 runs in the next two overs. Ayush Badoni kept his calm to steer LSG to win.