Athletes in last-mile dash for Doha 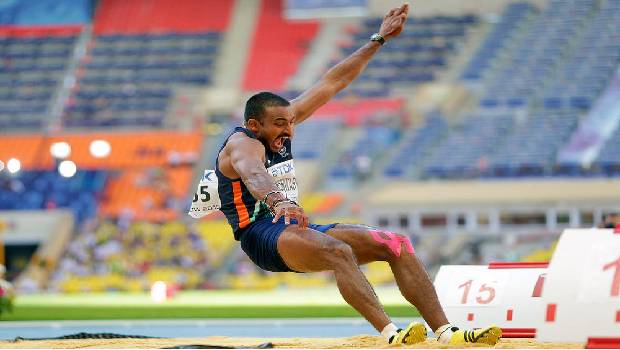 Recalling one of the many false dawns in Indian track and field is a timely reminder of how Indian athletes have often peaked at home but flopped when it mattered.

With just days to go for the qualification deadline for the Rio Olympics, triple jumper Maheshwary suddenly set a national record of 17.30 metres at the Indian Grand Prix in Bangalore. At that point in time, his jump was the third best in the world in 2016. In Rio, Maheswary finished 30th. Yet, his sudden return to form had triggered talk of a top-six finish at the Games.

Recalling one of the many false dawns in Indian track and field is a timely reminder of how Indian athletes have often peaked at home but flopped when it mattered. The qualification period for the World Championships in Doha ends in less than a fortnight and athletes are scrambling to get their names into the Indian squad list.

There are two competitions lined up for athletes to make a final dash for Doha with the deadline looming, the first being the 59th National Inter-State championships in Lucknow from Tuesday, followed by the sixth leg of the Indian Grand Prix in New Delhi, pencilled back into the calender last week to provide a lifeline. Going by past trends, if there is a sudden surge in performance by some of the country’s leading athletes, it should be seen as par for the course.
In all, 17 individual athletes have met qualifying standards or won gold at the continental event Asian Athletics Championships – to guarantee an entry at the World Championships. Some of them have been laid low with injury in the intervening period, such as Asian Games 400 metre hurdles silver medallist Dharun Ayyasamy, while India’s brightest star, javelin thrower Neeraj Chopra underwent an elbow surgery.

Others who had promised much have gone off the boil, like Anjali Devi. So sudden was Anjali’s implosion, after posting an impressive 51.79 seconds at the Open Nationals in Bhubaneswar last September that she was dropped from the national camp. She is not the only one who has struggled to maintain form ahead of the prestigious event in Doha. A sport swooning in a heady mix of medals at the 2018 Asian Games and the Asian Athletics Championships earlier this year is set for a sobering knock in a little over a month.