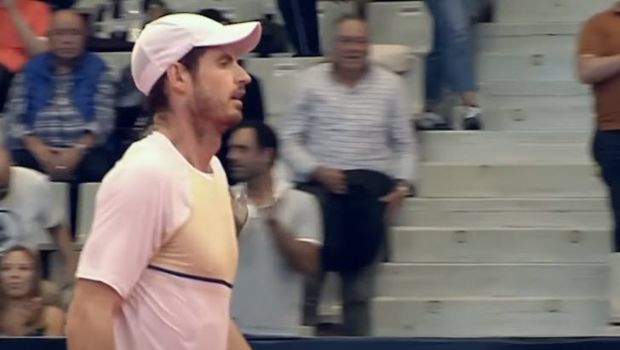 Andy Murray has reached the quarter-finals of the Gijon Open by battling from a set down to defeat Argentine Pedro Cachin. Andy Murray once again showcased his trademark fighting spirit to reach the last eight at the Gijon Open. After losing a 56-minute first set, the British no.3 player rallied to edge past Cachin 2-6, 7-5, 7-6(3) at the ATP 250 tournament in Spain. Murray began slowly and fought back hard to clinch a remarkable victory after battling it for two hours and 49 minutes. Murray will be up against Sebastian Korda of America in the quarter-finals.

Former world no.1 Murray is competing in his first tournament since September’s Laver Cup. Murray was made to work hard to earn this win, failing to take five break points in the first set while Cachin, ranked no.61, took two of his three opportunities. He tightened things up on serve in the second and leveled the match, breaking in the 12th game as Murray converted his first set point.

It remained a battle through the decider and Murray was twice a break-down after dropping serve in the first and fifth games before hitting straight back. The 35-year-old British player improved well in the second set before dropping serve twice in the third. But on both occasions, Murray broke back immediately and went on to triumph in the decisive tie-break.

Murray struck his flat groundstrokes consistently, hitting 31 winners and committing just 19 unforced errors. He held his nerve in the third-set tie-break to advance to his fourth tour-level quarter-final of the season. Murray, currently ranked no. 46, is bidding to win his first tour-level title since he triumphed in Antwerp in 2019. Earlier this season, Murray reached finals in Sydney and on the grass court in Stuttgart.

In his on-court interview, Murray said that he fought very hard and served well in the second and third sets. Murray admitted that he was not playing his best in the first set and really struggled to break serve. The British player expressed that he has not played against Pedro before, so he did not know exactly how his opponent was going to play, which made things difficult.

In another match, top-seed Andrey Rublev claimed a 6-3, 5-7, 6-4 victory over Ilya Ivashka to advance to the quarter-finals. Both players played aggressively throughout the match but Rublev kept his composure to triumph. Rublev will face American Tommy Paul in the last eight.