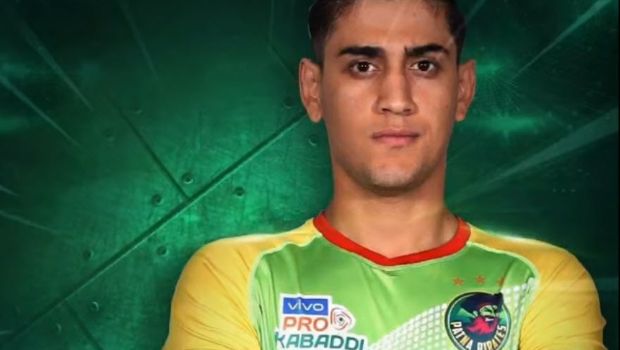 Pro Kabaddi League-toppers Patna Pirates will be up against UP Yoddha while Dabang Delhi will lock horns with Bengaluru Bulls in the semi-finals of PKL season 8. The semi-final matches between these teams will begin at 7:30 and 8:30 pm respectively at Sheraton Grand Whitefield, Bengaluru. Winners of both the matches will face each other in the grand finale on 25th February. Both the semi-finals would be more exciting to watch and promises to be an edge on the seat thrillers.

Patna Pirates are expected to win the semifinal as they have dominated this league through a collective effort from both raid and defense departments. The Pirates have showcased an all-round team effort so far. The Pirates defense unit led by Iranian Mohammadreza Shadloui had delivered an impressive performance in all their matches. But the Pirates’ defenders should prepare themselves to face the ‘record-breaker’ Pardeep Narwal.

On the other hand, UP Yoddha may produce surprises and turn the tides on the mat. UP Yoddha’s raiding unit is led by Pardeep Narwal, who had won three titles with the Patna team. All eyes will be on Narwal as he is back in prime form in the recent matches. The star raider had turned the battles into one-sided affairs with his massive multi-point raids. He will be UP Yoddha’s major trump card against the Pirates. If Narwal delivers his best, UP Yoddha can reach the finals. All Kabaddi fans can witness a great battle of raid versus defense in this match.

PKL season 7 runners-up Dabang Delhi will be keen to make it two finals in a row. But Bengaluru Bulls would give Delhi a tough challenge. Apart from the Bulls’ raiding machine Pawan Sehrawat, secondary raiders Bharat and Chandran finding their form in recent matches would be a great advantage for the Bulls. Sehrawat leads the charts with 286 raid points and 17 super 10s. Saurabh Nandal would support Sehrawat with his defense skills.

Dabang Delhi’s biggest strength is its experience. Manjeet Chillar, Joginder Narwal, and Sandeep Narwal are seasoned stars who have played multiple finals in their careers. These players know how to perfectly handle the challenge. Raider Naveen Kumar’s fitness will be a major concern for Delhi. However, Delhi has a stellar all-rounder Vijay to give the backup for Naveen. Delhi failed to beat the Bulls in their two earlier meetings. Delhi would look to outplay the Bulls and secure a win in the semifinals.