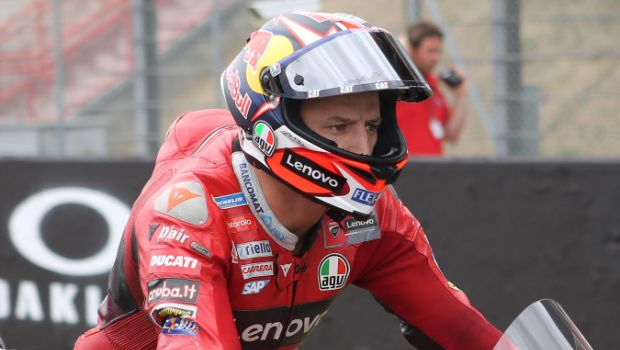 Ducati Factory team rider Jack Miller officially signed with the Red Bull KTM Factory Racing team for the 2023 and 2024 seasons. The Australian motorcycle racer proved to be the most valuable rider of the Bologna squad for the 2021 and 2022 seasons. But Miller’s inconsistent results hindered his championship prospects. The 27-year-old Australian rider won back-to-back races in 2021, but four DNFs (did not finish) pushed him down to fourth in the standings.

Recently, Miller was on the podium with his teammate Francesco Pecco Bagnaia at the Silverstone Circuit. The Italian racer finished the British Grand Prix at the top while Miller managed to claim third place. Through 12 races, Miller has seized four podiums, but he sits at sixth in the championship chase.

Despite the Australian rider’s up-and-down performances, he has remained the only consummate team player, helping Ducati Factory teammate Pecco Bagnaia battle well for the title in 2021 and 2022. In 2021, Miller frequently played as a second-stringer to Pecco Bagnaia during the second half of the season.

As a dependable wingman, the Aussie often trailed his pack-leading teammate, shielding him from overtakes and pressure from pursuing rivals. Miller continued to play the same role at the 2022 British Grand Prix, guarding his teammate for four laps before finishing third in the race.

Thanks to Thriller Miller’s help, Pecco claimed victory and pulled within 49 points of championship leader Fabio Quartararo. Following the podium presentation, the outspoken Australian rider acknowledged his value to the team during the post-race celebrations, positing the rhetorical, “who will miss me” to the Ducati Factory garage. Shuffling away, Pecco Bagnaia bittersweetly admitted, “we will miss you. Bastardo”

The 25-year-old Italian racer would not just miss Miller’s helping hand in 2023. With young upstart riders Enea Bastianini and Jorge Martin eying for Miller’s vacant seat, Pecco will need to fend off competition from within. Unlike Miller, Bastianini and Martin are world title holders, with the former capturing the 2018 Moto3 crown and the latter winning the 2020 Moto2 championship. The Gresini Racing team has already recruited Alex Marquez to ride Bastianini’s Ducati Desmosedici racing bike in his place.

Ducati team still has not officially announced Jack Miller’s replacement, but many expect the team to reveal their pick by the San Marino Grand Prix on September 4, 2022. No matter who fills Ducati’s second spot, the brand will miss Miller for sure. Pecco Bagnaia will miss Miller the most.