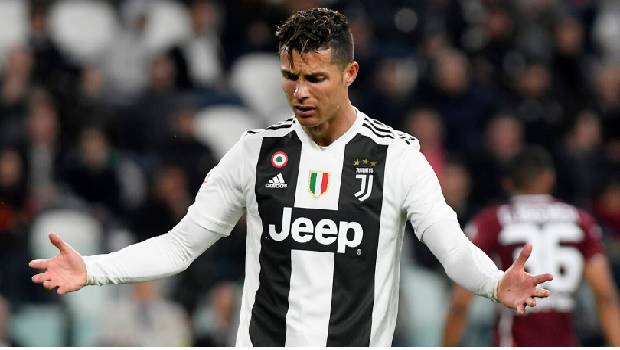 Cristiano Ronaldo has no plans to make a return to Sporting CP this summer, his agent Jorge Mendes said after the Juventus forward’s mother Dolores Aveiro insisted, she would try to bring him back to the Portuguese club.

Ronaldo’s future at Juventus remains unclear as only one year is remaining on his contract. He has been linked with a departure this summer to Sporting, the club where he began his senior career. Even at 36, there would be still plenty of clubs keen on signing Ronaldo, with returns to former clubs Manchester United and Real Madrid often mooted.

After Sporting clinched the Portuguese title for the first time since 2002 on Tuesday, Ronaldo’s mother Aveiro said: “I’ll talk to him to bring him back. Next year he will play in Alvalade [Sporting’s stadium].”

“Cristiano is very proud of Sporting winning the championship, as he has demonstrated publicly,” Mendes told Portuguese newspaper Record. “But at the moment, his career plans do not go through Portugal.”

Ronaldo leads the way in the Serie A goalscoring charts this term with 28 goals, but his club Juventus has had a difficult season and could miss out on the Champions League next season.

Earlier Ronaldo’s mother told Sporting Lisbon’s fans that her son would return to his boyhood club next season.

“I’ll talk to him to bring him back,” Aveiro said from her balcony amidst the celebrations of Sporting’s first Primeira Liga title in 19 years, as quoted by the DailyStar. “Next year he will play in Alvalade”.

Cristiano left Sporting back in 2003 to join Manchester United at the tender age of 18 after impressing against the Red Devils in a friendly match, and the rest is history.