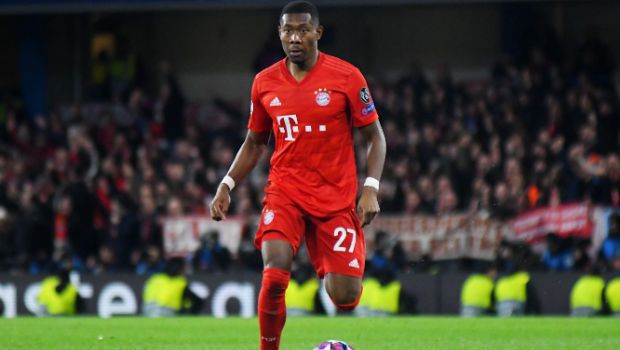 Real Madrid beat Eintracht Frankfurt 2-0 to win the 2022 UEFA Super Cup at Helsinki’s Olympic Stadium on Wednesday night. David Alaba and Karim Benzema scored in each half and helped their side to win the Super Cup for the fifth time, equaling the record of Milan and Barcelona. The Champions League winners registered a comfortable victory against a willing but toothless Frankfurt. The winners of last season’s Champions League and Europa League faced off in the showpiece event where semi-automated offside technology made its first appearance in European competition.

It was an enjoyable game for the crowd and there was no problem with the new offside technology. Real Madrid’s star striker Karim Benzema continued his Ballon d’Or pursuit with a 324th goal for the European champions. The French footballer moved past Raul into second place on the Spanish Club’s all-time scoring list and is behind leader Cristiano Ronaldo who has 450 goals.

Frankfurt, who made their Super Cup debut, had moments of their own and played well in the first half. Real Madrid goalkeeper Thibaut Courtois was called into action several times in the first half. But Real Madrid controlled the game with a majority of the possession and the same helped them to go ahead eight minutes before the break.

David Alaba scored the opener with the easiest of chances. The central midfielder tapped into an empty net in the 37th minute after Casemiro had headed the ball back across goal from a tight angle. Frankfurt started brightly, with Daichi Kamada missing an excellent chance, but Real Madrid inflicted themselves as the game progressed.

Real Madrid continued to control the game after the break, forcing Frankfurt goalkeeper Kevin Trapp to make a good save in the 55th minute. Ten minutes later, Benzema doubled Madrid’s lead with an excellent strike. The French striker got his first goal of the season.

Brazilian winger Vinicius Jr. cut inside from the left and picked out Benzema on the edge of the area. He allowed the ball to run across his body and side-footed a shot that went straight through Trapp. It wobbled slightly but Trapp should still have saved it, maybe he was unsighted.

Real Madrid’s boss Carlo Ancelotti became the most successful coach to lift the trophy four times (2003, 2007, 2014, 2022). The Italian named the same starting 11 that defeated Liverpool in the Champions League final in Paris in May.