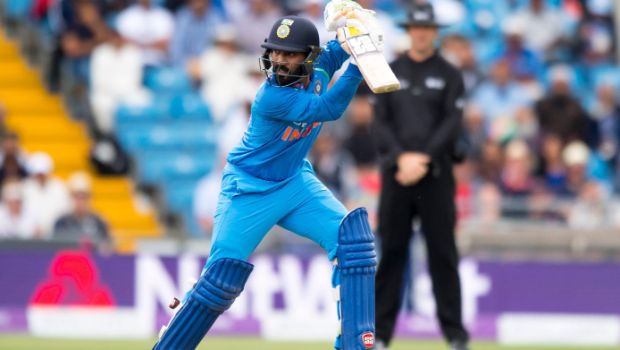 The Board of Control for Cricket in India (BCCI) on Monday announced the 15-member squad for the upcoming Asia Cup 2022. Moments after the squad was announced, former Indian opener Krishnamachari Srikkanth expressed his doubt over the selection of Dinesh Karthik in India’s playing XI for the tournament. At 37, Karthik has made a remarkable return to the Indian side. He is playing the finisher role superbly and won matches for India.

In conversation with Star Sports, Srikkanth picked his playing XI for the tournament and suggested that Karthik might only appear as a reserve batter. The former India captain expressed doubt over Karthik’s appearance in any of the matches for India in the Asia Cup.

Srikkanth feels the team management would bring in Deepak Hooda as an extra floater. And that looks like the best combination.

If they pick three spinners then it will get into a problem. Three pacers and three spinners would be a bit too much. Srikkanth concluded that he has his doubts about whether Karthik will be in the playing XI. However, Kiran More, who was part of the panel, disagreed with Srikkanth. He opined that if Karthik is not picked in the playing XI, he would rather not even be part of the team itself.