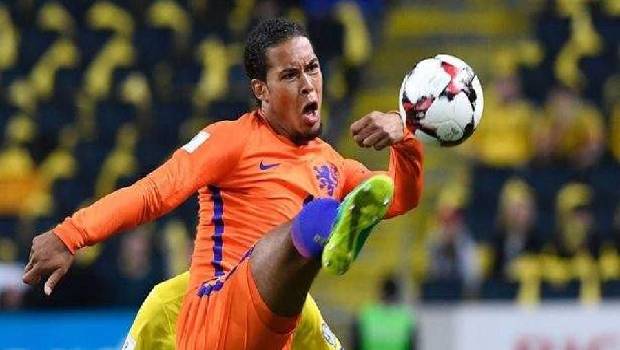 Liverpool sealed a comprehensive 3-0 win against Norwich City in their opening fixture of the Premier league. Liverpool cruised past Norwich comfortably as their star defender Virgil Van Dijk returned to the team after several months. Diogo Jota, Roberto Firmino, and Mohamed Salah scored a goal each to clinch a victory for the Reds.

Liverpool was boosted before the kick-off by the return of their best defender Virgil van Dijk. One of the best defenders in the World was in action after 10 months. Virgil van Dijk suffered a knee ligament injury that derailed the Red’s title defense last season. The Dutchman looked like his old self and played excellent for the full 90 minutes, as Liverpool enjoyed a trouble-free evening at Carrow Road.

Both teams started the game brilliantly and had their chances towards the target. Goalkeepers of both sides played superbly at the start and denied goals. Norwich keeper Tim Krul made a perfect jump and tipped Diogo Jota’s header over the crossbar, while Liverpool’s Alisson Becker denied a goal to the forward striker Teemu Pukki. Teemu Pukki has scored 11 goals in the last two seasons of the Premier League.

Diogo Jota made the breakthrough for the Reds on the 26th minute. Mohamed Salah diverted Alexander Arnold’s cross into the path of Jota, who fired the ball into the net. Liverpool dominated the first half of the game with more shots at the target and finished it with a 1-0 lead.

The visitors continued their dominance as Salah set up Roberto Firmino to make it 2-0 in the 65th minute. Unselfish Salah sent across to Firmino, who tapped in from a close range. Mohamed Salah scored the third goal in the 74th minute and added his name to the score sheet. He collected the ball from a corner shot and made a fine curling strike with his left foot to beat Tim Krul.

The Egyptian striker Mohamed Salah created history by becoming the first player to score on the opening weekend for the 5th successive Premier League season. Mohamed Salah was the hero for the Reds as he made two assists and scored a goal to have a winning start.

Liverpool finished third in the last Premier League season. The Reds look more confident in winning the title this year. Norwich City has lost 11 consecutive matches in the Premier League. Liverpool will play Burnley on 21st August while Norwich City will clash with the defending champions Manchester City in their next game.