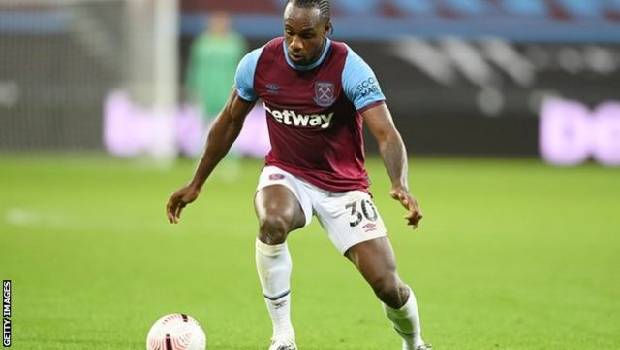 West Ham United came back from behind to clinch a 4-2 victory over Newcastle in their opening Premier League fixture. West Ham went behind twice, but showed great composure and recovered quickly to win the game at St Jame’s Park on Sunday. Three goals in just 13 minutes in the second half helped West Ham to secure an extraordinary win at Newcastle. Michail Antonio and Said Benrahma were the star players for Hammers in the game.

The hosts started attacking and striker Callum Wilson scored an early goal just in the 5th minute to delight the home crowd in the stadium. Allan Saint-Maximin sent a simple and accurate cross to Callum Wilson, who made a fine header to send the ball into the net and put his team ahead of West Ham. Callum Wilson scored his ninth goal in 11 league matches against West Ham.

West Ham leveled the score in the 18th minute when Aaron Cresswell made a side-foot shot to send the ball straight into the goal. Initially, the flag was raised against Jarrod Bowen for offside but the VAR review confirmed that the ball had already crossed the goal line. Newcastle took the lead again before five minutes of half-time. Matte Ritchie sent a pass to Jacob Murphy, who rushed in from the right and made an accurate header to send the ball into the far corner of the goal.

Said Benrahma headed Antonio’s cross into the net and scored the second equalizer for the Hammers on the 53rd minute. West Ham was awarded a penalty kick after Murphy fouled Pablo Fornals inside the box. Antonio took the penalty shot but failed to score. The debutant goalkeeper Freddie Woodman saved it by diving to his left, but Tomas Soucek reacted very quickly and converted the rebound as goal. Finally, West Ham took a 3-2 lead in the game.

Antonio sprinted down the field to collect the pass from Benrahma and fired a thunderous shot into the far bottom corner of the goal. Antonio made up for his miss in the penalty and scored the winning goal for his team. The Hammers struck twice in three minutes to secure their win.