Aguero to depart from Manchester City after this season 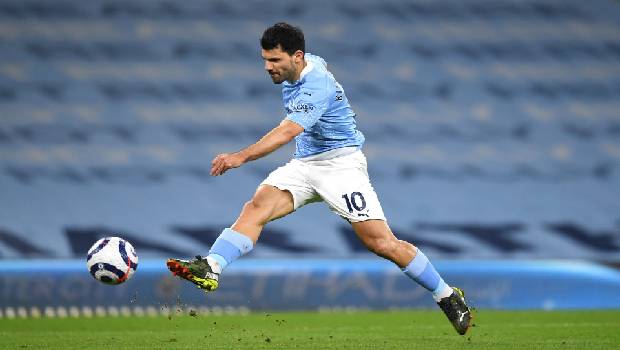 Sergio Aguero, Manchester City’s record scorer, will leave the English club at the end of the season when his contract expires. He has spent 10 years with the club.

The Argentine has so far scored 257 goals for the Premier League giants during his time at Etihad Stadium. Aguero was a key player during Man City’s growth period under the new Abu Dhabi-based ownership. He has only made 14 appearances this season due to injuries. Aguero announced his departure through his Twitter handle.
Khaldoon Al Mubarak the club’s chairman said Sergio’s contribution over the 10 years to Manchester City can’t be overstated. Mubarak also said that the Argentine has etched his mark in the memories of the club’s fans and maybe even with people who simply love football.

The club’s chairman announced they have commissioned a statue for Aguero to honor his contribution which will be placed alongside his former teammates, David Silva and Vincent Kompany. In the past decade, this trio alongside Yaya Toure was key to City’s success.

Aguero joined the English side from Atletico Madrid in 2011 and went on to score at least 28 goals across all competitions in 6 straight seasons. He holds the record for being the league’s highest-scoring overseas player with his 181 goals in EPL. This feat also places him fourth on the all-time scoring list.

In his Twitter post, Aguero said he made some everlasting bond with all those people that love the club and that they will always have a place in his heart.

Aguero assured the fans he will give his best for the rest of the season to clinch more titles.

As Pep Guardiola took charge as the manager of Man City in 2016 Aguero thrived under him and was able to change his game to fit the Spanish coach’s style.

He became an all-round player for the club with him being able to drop deeper and make crucial passes all the while not losing his fearsome ball-striking skill.