Trophies the target for Harry Kane 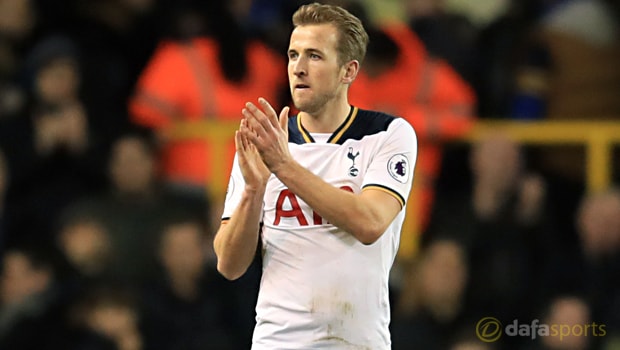 Harry Kane believes there is enough strength within Tottenham’s squad to challenge for trophies between now and the end of the season.

Spurs are currently second in the Premier League standings, but they are nine points behind leaders Chelsea and look unlikely to secure their first top-flight triumph in over 50 years.

Mauricio Pochettino’s men are still vying for glory in both the FA Cup, where they will face Championship outfit Fulham for a place in the quarter-finals, and the Europa League, where Belgian outfit Gent are their last 32 opponents.

Spurs have not won a major trophy since securing the League Cup in 2008, but England international Kane is convinced his side have a strong enough squad to end that drought this season, as they bid to challenge for glory on all fronts.

“We definitely have enough, we have a strong squad that is stronger than last season.” Kane told BT Sport. “We can rotate and keep players fit and stay in contention across various competitions.

So hopefully we can.” Kane scored Spurs’ winner from the penalty spot during Saturday’s Premier League clash with Middlesbrough, and he was delighted his side were able to secure a hard-earned three points.

Spurs are next in action when they travel to Anfield to take on out-of-form Liverpool in the Premier League next Saturday.

Pochettino’s men are priced at 3.40 to win the match, while the Merseysiders are available at 2.15 and the draw is on offer at 3.30.