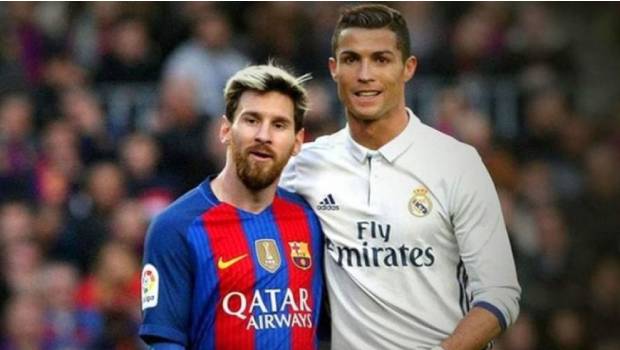 The wait is over as Lionel Messi and Cristiano Ronaldo are all set to face each other in the upcoming Champions League season for the first time since the Portuguese forward moved to Turin from Real Madrid. The Champions League draw took place in Geneva in which Barcelona and Juventus were paired in the together in Group G.

Anticipation for this match has already skyrocketed among the football fans since Ronaldo joined Juventus in 2018 this is the first time the stalwarts of the sport will come up against one another. Both the players shared their historic rivalry in football for nearly a decade in La Liga as they created a lot of memorable moments. Among the last 12 Ballon d’Or awards announced 11 of them are shared between both of the men.

Apart from Barca and Juventus the other two teams featuring in Group G are Dynamo Kiev and Ferencvaros. Ferencvaros for the first time in their history qualified for the main draw by famously defeating Celtic.

In Group A the recent champions Bayern Munich will face Atletico Madrid, Lokomotiv Moscow and Red Bull Salzburg. The German giants lifted the trophy for a sixth time after defeating PSG 1-0 in Lisbon earlier in August. Group D features Liverpool, Ajax, Atalanta and Midtjylland. Liverpool won the Champions League in 2018. On the other hand, the toughest lot Group B features 13-time winners Real Madrid, Borussia Monchengladbach, Inter Milan and Shakhtar Donetsk. Group C will see Porto, Olympiacos, Marseille and Manchester City. Pep’s side will try their best in winning the tournament for the first time in their club’s history.

Group E has Chelsea, Krasnodar, Rennes and last year’s Europa League winner Sevilla. The final Group F will see Zenit St Petersburg, Borussia Dortmund, Lazio and Club Brugge face off each other in this season. The 2020/21 Champions League will begin from this month of October as the preliminary round will go through till this year’s early December. It is after this that the fans will know which of their favourite teams qualify for the 16-stage.