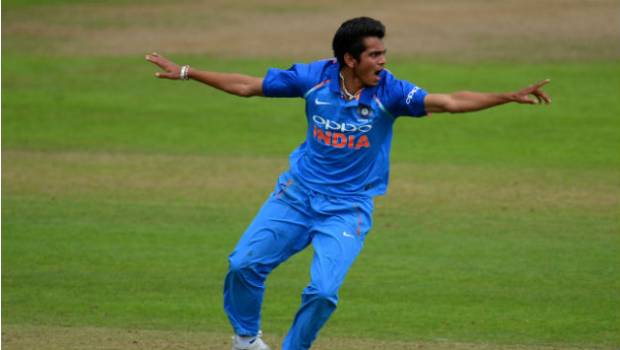 Kolkata Knight Riders stopped the winning campaign of the Rajasthan Royals by defeating them by 37 runs in the match which was played at the International Stadium in Dubai on Wednesday. KKR with this has now registered their second win in this season while this is the first defeat for the RR team.

Batting first after losing the toss in this match, KKR set a decent target of 175 runs to win against RR. Chasing the target, Rajasthan’s team faltered and could only manage 137 runs after losing nine wickets in the span of 20 overs and eventually losing the match as well. Shivam Mavi and Kamlesh Nagerkoti bowled brilliantly for KKR as both the bowlers took two wickets each.

KKR scored 174 runs at the loss of six wickets in the scheduled overs. For KKR, Shubman Gill scored 47, Eoin Morgan (34*) Andre Russell (24) and Nitish Rana scored 22 runs. At the same time, Jofra Archer bowled brilliantly for Rajasthan by taking two wickets for 18 runs. In reply, RR had a disappointing start. They had lost 8 wickets for just 100 runs as Tom Curran scored an unbeaten half-century of 54 runs.

KKR is now placed in the second position in the table with four points while RR has moved one place down to number three position. Shivam Mavi was awarded the Man of the Match for his excellent bowling in the match.