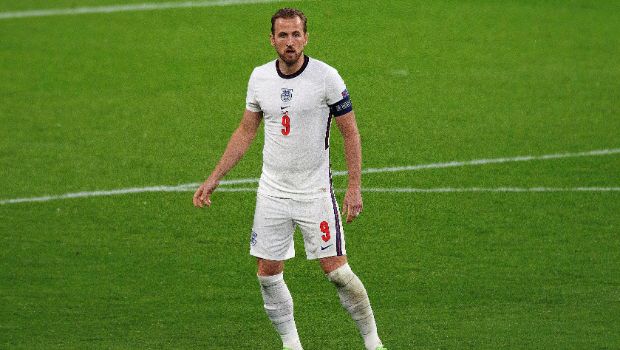 German champions Bayern Munich are reportedly lining up to sign Tottenham Hotspur captain Harry Kane as the replacement for their star striker Robert Lewandowski, who joined Barcelona. According to sources, Bundesliga champions are confident and trying, by all means, to sign the 28-year-old England captain away from White Hart Lane. Bayern Munich club chief Oliver Kahn has confirmed the Tottenham striker is on their Wishlist.

Kahn said that Kane, who is an absolute top striker, is under contract with Tottenham. But the club’s plan is all a dream of the future. Kahn stated that now they have to look at getting the squad together for the current season. He concluded that plans do not work fine all the time, so the team management will wait and see what else happens.

The English striker, Kane is also on the Wishlist of Manchester City boss Pep Guardiola. Kane has just a two-year contract left with Spurs after this season. Manchester City was keen to land the striker in 2021, but Daniel Levy demanded a whopping £150million.

Meanwhile, Bayern Munich captain Manuel Neuer admitted that his team will miss the Poland superstar Lewandowski as his transfer to FC Barcelona is a massive loss for the German champions. Bayern Munich and its players believe that Sadio Mane will become Lewandowski’s successor. The Senegalese striker joined Bayern from Liverpool FC this summer. Neuer thanked Mane for his arrival at Bayern. Neuer concluded that they can still be strong as one of the top footballers in the world has joined them.

Bayern Munich star striker Thomas Muller said that it is a massive loss since Lewandowski had contributed a lot to take the club to greater heights. Muller added that they suspected that the transfer might happen. But when the time came, it was not easy to realize it. The 32-year-old German forward sent a special message to the Poland captain stating that eight special years, a lot of goals and trophies. Ups and downs but always respect and a real winning spirit.

Lewandowski has already flown to the U.S., where FC Barcelona is on tour. On Wednesday, Xavi Hernandez’s team will play Inter Miami, while on Saturday they will face Real Madrid in Las Vegas. According to Spanish media, Lewandowski is set to make his debut in one of these encounters. Lewandowski passed his medical and he is ready to put Barcelona back at the top of European soccer.