Mauricio Pochettino ‘not worried’ by lack of new faces 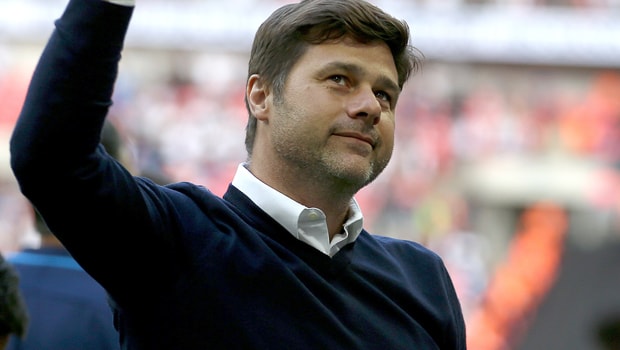 Mauricio Pochettino has suggested Tottenham Hotspur “achieved their objective” in the summer transfer window despite failing to sign any new players.

Pochettino, along with striker Harry Kane, both signed new long-term deals this summer and keeping their prized possession at the club was a major success, according to the Argentine.

“I am not worried, I am not sad – I am so happy,” said Pochettino, whose side were the only Premier League team not to add to their squad.

On a busy deadline day Spurs remained quiet, leading to the Tottenham Supporters’ Trust stating they want “a full and credible explanation of what has happened” during this window.

Aston Villa midfielder Jack Grealish became a key target in the closing days of the window but the Midlands club rebuffed an offer of £25m from Tottenham.

According to Pochettino, Spurs were in the same bracket for players as some Europe’s biggest clubs, which makes it tougher to get business done. He insists that keeping his best players at the club is better than bringing in lesser replacements.

“We have a very good squad, we have very good players and it is not easy to add players that improve that,” he added.

“Of course we didn’t sell players and with 25 players in the squad it’s difficult to add.

“Our targets are always in the same level of Real Madrid or Manchester United or Manchester City, but for different circumstances we cannot achieve that.

“If you cannot add players who can improve your squad, the most important thing is to make sure you do not lose your best player.”

Tottenham are 2.00 to win their Premier League opener on Sunday against Newcastle and 15.00 to land the title this term.