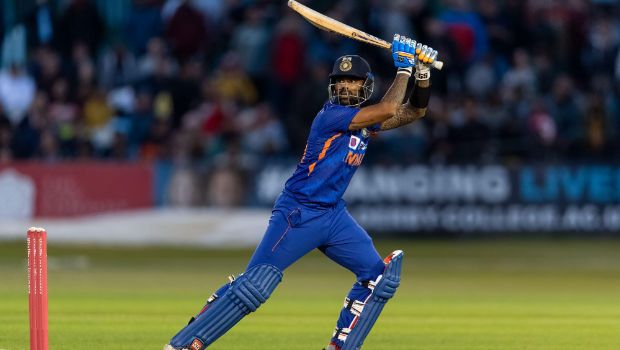 The first semi-final of the Road Safety World series between India Legends and Australia Legends was called off due to rain. Australia Legends posted 136/5 in 17 overs at Shaheed Veer Narayan Singh International Cricket Stadium in Raipur, on Wednesday. The suspended semi-final match will now be completed on Thursday (September 29) as rain spoiled the game. The match officials have decided to continue the game from where it was stopped on Wednesday.

The match will begin at 3:30 PM while the second semi-final which was supposed to be held on Thursday has now been pushed to Friday (September 30). The organizers have also announced that October 2 will be the reserve day for the Final.

India Legends captain Sachin Tendulkar initially won the toss and opted to field. Australia Legends made a flying start as their captain Shane Watson and Alex Doolan put up another fifty-plus stand for the first wicket. Making full use of the fielding restrictions in the powerplay, the duo dealt in fours and sixes to take the team past the 50-run mark. Spinner Rahul Sharma gave the much-needed breakthrough when Watson (30) was caught at covers by Suresh Raina.

Yusuf Pathan provided another breakthrough when he outfoxed Doolan and Naman Ojha stumped the batter for 35. Pathan then dismissed Callum Ferguson (10) in his next over. Abhimanyu Mithun removed Nathan Reardon (5) to reduce Australia Legends to 128/4. However, Ben Dunk never worried about the fall of wickets at the other end and played a fearless inning. Dunk scored runs fluently by smashing four boundaries and two sixes. But a stunning catch from Raina towards point brought an end to his knock of 46 off 26 balls.

Regarded as one of the finest fielders in the history of cricket till his retirement last year, Raina leaped off his feet, displaying his vintage agility, and grabbed a stunning catch in the 16th over. Pacer Mithun was bowling and Dunk went after the wideish delivery and slapped it towards the point, where Raina was waiting for it with open arms.

The wicket came at a crucial point in the match when Dunk was looking so dangerous. Just when the Indian bowlers tried to apply more pressure on the Aussie lower-middle order, the rain gods opened up the skies, and the umpires called in the covers. Cameron White and Brad Haddin were in the middle and will resume the Australia innings today.