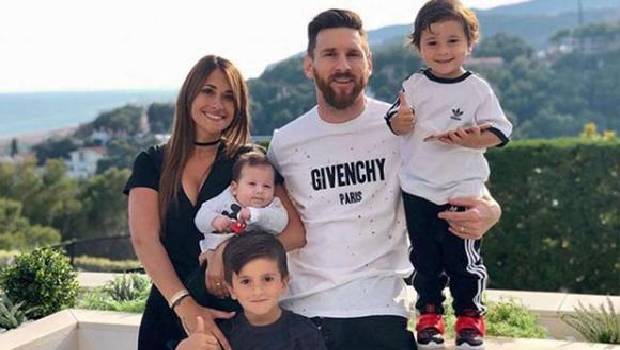 Lionel Messi has completed his move to Paris Saint-Germain after leaving F.C.Barcelona. Finally, Lionel Messi has signed the eagerly anticipated Paris Saint-Germain contract on Tuesday. The six-time Ballon d’Or winner arrived in Paris and signed a two-year contract for the French club. Messi will start a new era with PSG after ending his career-long association with Barcelona.

The French club said that the Argentina star has signed a two-year deal with the option for a third season. Lionel Messi is set to earn around 35 million euros annually. Messi said that he is much excited to start a new chapter at Paris Saint-Germain.

Messi added that he is very much concerned about the club matches. The French club has talented players and coaching staff, Messi will help to build something new and special for the club and its fans. Messi expressed that he is looking forward to stepping out onto the field at Parc des Princes.

PSG chairman Nasser Al-Khelaifi said that the club is delighted with Messi signing the contract and they are very proud to welcome him. He added that Messi has a good desire to compete at the highest level and win trophies, and the ambition of their club is also to do the same.

PSG has spent the last few days trying to finalize and sign Messi following his departure from Barcelona. Messi has represented FC Barcelona for a long 17-year in his professional career.

Lionel Messi filled with tears confirmed that he was leaving FC Barcelona during a press conference on Sunday. The Barca club said it could no longer afford high wages for the Argentine. Earlier Messi did not confirm he would join PSG, he said he planned to play for Barca as long as possible. The 34-year-old Argentina captain has played for 21 years at the Barcelona club. He is the all-time leading scorer for Barca with 682 goals. Messi broke down in tears and was greeted by the current and former teammates and coaches of the Barca club.

Lionel Messi has won club-record 35 trophies for FC Barcelona which includes ten La Liga titles, seven Copa del Rey titles, and four UEFA champion leagues. Messi holds the record for winning six European Golden shoes. Messi, One of the World’s best players holds the record for most goals in La Liga with 474. Messi has scored the most goals ever by a player for a single club.